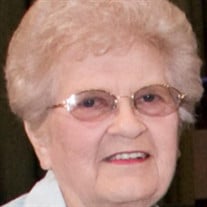 Anita May Odle, age 81, of Marion, IL passed away peacefully at 1:15 a.m. on Wednesday, December 31, 2014, in Heartland Regional Medical Center in Marion, IL. She was born on Saturday, May 13, 1933 in Marion, IL the daughter of Rutherford Birchard and Clara Elizabeth (Nooney) Drummond. Anita grew up in Marion, IL and was a graduate of Marion High School class of 1951. She continued her education at Southern Illinois University of Carbondale, IL where she received her Bachelor degree in Education in 1956. After graduation, she began teaching at Washington School and Longfellow School both of Marion. Early in her life she was a member of and attended the Presbyterian Church of Marion, IL. She was united in marriage to James Fifer Odle at 7:00 p.m. on June 7, 1957, in the Presbyterian Church located at that time on North Market St. in Marion, IL and together shared over fifty-seven years of marriage. While raising her family she took 10 years off and returned to teaching, 4th and 5th grades, at Logan School and later at Washington School. She taught for a total of 28 years until her retirement in 1994. While her family was the most important part of her life she also enjoyed working in the yard tending to her flowers and garden. She is survived by her husband, James Fifer Odle of Marion, IL; son, Ted Odle of Marion, IL; daughter and son-in-law, Cheryl & Kent Morris of Marion, IL; two grandchildren, Megan Abbott and husband, Steven of Marion, IL and Chelsea Morris of Marion, IL; great granddaughter, Madison Grace Abbott of Marion, IL; four sisters-in-law, Betty Hutton of Anna, IL, Mary Lou Odle of Anna, IL, Anne Odle of Pflugerville, TX and Helen Drummond of Marco Island, FL; two brothers-in-law, Bill Odle and his wife, Bonnie of Rio Rancho, NM and George Odle and his wife, Melody of Broughton, IL; a host of nieces and nephews, other extended family and many friends. She was preceded by her parents; eighteen month old infant sister, Francis Lucille Drummond and two brothers, Rutherford Birchard Drummond, Jr. and Marvin Eugene Drummond. Arrangements for Anita May Odle were entrusted to Wilson-McReynolds Funeral Home, 900 N. Court St., Marion, IL. The time of the visitation for family and friends was from 3:00 p.m. to 6:00 p.m. on Sunday, January 4, 2015, at Wilson-McReynolds Funeral Home. During the time of visitation a “Reflection of Life” DVD Memorial Tribute featuring special people, places and events in Anita’s life was presented to the family and friends. The funeral service was at 11:00 a.m. Monday, January 5, 2015, at Wilson-McReynolds Funeral Home with Rev. Matthew Hartline presiding. The prelude and postlude musical selections were presented by pianist, Lori Creamer. Special recorded vocal musical selections presented during the service were “My Angel” by Kellie Pickler and “Let Her Fly” by Dolly Parton, Tammy Wynette and Loretta Lynn. Special vocal musical selections also presented during the service were “Amazing Grace”, “It Is Well With My Soul” and “God Be with You Till We Meet Again” all by vocalist, Lori Creamer who accompanied herself on the piano. Interment followed in Rose Hill Cemetery of Marion, IL. Pallbearers were Steve Hartline, Alan Flamm, Kent Morris, Steve Abbott, Danny Brown and Jeff Moake. After the committal service at the cemetery the family and friends gathered at Bennie’s Italian Restaurant of Marion, for a meal and continued time of fellowship and support. For additional information please call the funeral home at 618-993-2131.

Anita May Odle, age 81, of Marion, IL passed away peacefully at 1:15 a.m. on Wednesday, December 31, 2014, in Heartland Regional Medical Center in Marion, IL. She was born on Saturday, May 13, 1933 in Marion, IL the daughter of Rutherford... View Obituary & Service Information

The family of Anita May Odle created this Life Tributes page to make it easy to share your memories.

Anita May Odle, age 81, of Marion, IL passed away peacefully...

Send flowers to the Odle family.