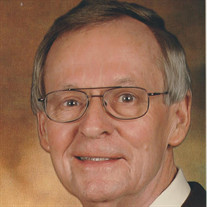 Archie Bob Henderson, age 78, of Marion, IL, passed away peacefully at 8:30 a.m. on Tuesday, March 9, 2021, at his home. He was born on Saturday, August 22, 1942, in Vienna, IL, the son of Everett and Violet (Jackson) Henderson. He attended school in Marion, and was a graduate of Marion High School Class of 1960. He continued his education at MacMurray College in Jacksonville, IL, until he had to return home due to the health of his father. While home, he attended Southern Illinois University in Carbondale, IL. To finish his education, he attended the University of Illinois in Champaign, IL, where he received his Juris Doctor degree in 1966. He served as President of his senior graduating class of the University of Illinois School of Law in 1966. He was united in marriage to Lynn Anne Keller on Friday, January 24, 1964, in the First Baptist Church of Marion, and together they have shared over 57 years of marriage. Bob practiced law in southern Illinois until 1988, when he left the law profession to pursue various entrepreneurial interests until his retirement in 2019. He was a member of the Second Baptist Church of Marion. In his spare time he enjoyed reading, taking long walks and watching his favorite programs on television. He is survived by his wife, Lynn A. Henderson of Marion; daughter, Patricia (Henderson) Moake and husband, Ed of Marion; son, Scott Henderson and wife, Michelle of Savoy, IL; sister, Shelba (Henderson) Brown of Ruther Glen, VA; three granddaughters, Jennifer (Moake) Head of Shawneetown, IL, Sarah (Moake) Kwasniewski and husband, Zach of Johnston City, IL and Taylor Henderson of Wilmington, NC; grandson, Ryan Henderson of Savoy, IL; three great grandchildren, Asher Pierce of Shawneetown, IL, Amaya Peairs of Johnston City, IL and Mason Kwasniewski of Johnston City, IL, several nieces and nephews, other extended family and many friends. He was preceded in death by his parents, Everett and Violet Henderson and sister, Shirley (Test) May. Arrangements have been entrusted to Wilson-McReynolds Funeral Home, 900 North Court Street, Marion, IL. Per his request there will not be any services at this time. The family has requested for those who prefer, memorial contributions may be made to "Hospice of Southern Illinois." Memorial contributions may be mailed in care of Wilson-McReynolds Funeral Home, 900 N. Court Street, Marion, IL, 62959. Memorial envelopes will be available at the funeral home. For additional information call the funeral home at 618-993-2131.

The family of Archie Bob Henderson created this Life Tributes page to make it easy to share your memories.

Send flowers to the Henderson family.