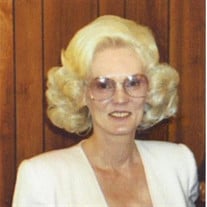 Barbara J. Hodge, age 74, of Energy, IL, formerly of Marion, IL, passed away peacefully at 7:02 p.m. on Sunday, May 15, 2016, at her home. She was born on Tuesday, June 17, 1941, in Marion, the daughter of Earl and Gladys (Jennings) Hodge. Barbara attended school in Marion and was a graduate of Marion High School Class of 1959. She continued with her education by attending Southern Illinois University of Carbondale receiving her Bachelor’s Degree in Business and had completed 31 hours toward her Master’s Degree in Library Science. She also was a lifelong learner in the Liberal Arts and, over many years, had taken the majority of the courses offered at John A. Logan College of Carterville, IL. Her working career began in the early 1960’s at the Southern Illinois Golf and Country Club, as their hostess and secretary. Later she began working at Southern Illinois University in Carbondale, as a secretary and office manager, until her retirement. She was a member of First Baptist Church of Marion, where she volunteered many hours in the church library, and had received two First Baptist Church Library Certificates that were credited toward her Library Science Degree at Southern Illinois University. Also she was a former member of the National Secretary Association, Arbor Day Foundation, and the Human Society. Barbara loved nature and was always learning. She enjoyed history, astronomy, watching classic movies, exercising, and was an avid reader. She was also an avid follower of British Royalty all throughout the years. She will be remembered as always being a “Lady” and a very kind loving person, having compassion equally for everyone. Her family would like to especially thank her lifelong friends - Susan Hilliard Swafford, Pat Stearns, Beth Gundlach, Janice Swanson and Mary Ann Wildwood for the love, prayers and support shown during this difficult time as well as Nurse Amanda and Hospice of Southern Illinois for the special care given to Barbara. She is survived by her brother-in-law, Jerry Parks of Marion; niece, JoLyn Hilliard of Nashville, TN; great nieces, Britton, Bailey and Sydney Hilliard all of Nashville; great nephew, Jared Hilliard of Nashville, many cousins; friend, Eusa Carter of Marion, and many other lifelong friends. She was preceded in death by her father, Earl Hodge; mother, Gladys Hodge Walker; sister, Shirley Parks; brother, Charles Hodge and friend, Bobby Bridges. Arrangements for Barbara J. Hodge have been entrusted to Wilson-McReynolds Funeral Home, 900 N. Court St., Marion, IL. The graveside committal service will be at 11:00 a.m. on Wednesday, May 25, 2016, in Maplewood Cemetery of Marion, with the Reverend Don Colson presiding. Those wishing to attend the graveside service should gather at the cemetery prior to 11:00 a.m. Interment will follow in Maplewood Cemetery. For those who prefer, memorial contributions may be made to “Hospice of Southern Illinois” and mailed in care of Wilson-McReynolds Funeral Home, P.O. Box 370, Marion, IL 62959. Memorial envelopes will be available at the cemetery and the funeral home. For additional information please contact the funeral home by calling 618-993-2131.

The family of Barbara Jean Hodge created this Life Tributes page to make it easy to share your memories.

Send flowers to the Hodge family.