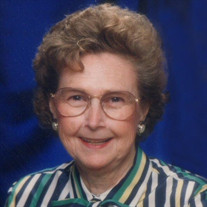 Betty June (Webb) Jones, age 80, of Marion, passed away peacefully at her home at 5:45 a.m. on Wednesday, July 8, 2015. Betty, the daughter of Dolph and Bessie (Bennett) Webb, was born May 16, 1935, on the family farm south of Marion, Illinois. She was united in marriage to James L. Jones on September 1, 1951 in Piggott, AR and moved to Pekin, IL where they began their family. Later they moved back to Southern Illinois where she and James began a plumbing business known as Jones Plumbing and Heating and a farming business known as Jones Land & Cattle. Having worked for a CPA in Pekin, Betty knew the importance of proficiency in business bookkeeping. To help her husband in the plumbing business, she went back to school to get her GED, and then continued to take various business courses throughout the years. The last course taken was to learn how to use a computer. The farming business started as a weekend hobby with one cow and 40 acres. The business grew to a cow-calf operation that included a feed lot where calves were finished out and sold to local packing plants and individual customers. Betty always had a horse on the farm. Her sons grew up with Shetland ponies, her grandchildren enjoyed watching a colt grow up on the farm and years later her great-grandchildren would enjoy feeding that same colt as a horse. Betty worked alongside her husband for over 40 years until their lives were interrupted when they both had a debilitating stroke one week apart of each other. Her best friend and husband, James, of 55 years passed away three years later on October 13, 2006. Other survivors include her son and wife, James Randolph and Gail Jones, granddaughter and husband, Julia and Brad McAlpin, great-grandchildren Kaylee (6) and Addison (4) McAlpin; her daughter Dixie Handel, granddaughter and husband, Tara and Joel Weinhold, great-grandchildren Kyle (13), Lindsey (10), and Jason (7) Weinhold, granddaughter and husband, Jennifer and Jeremy Suhl, great-grandchildren Samantha (3) and Brody (1) Suhl; and daughter-in-law Patricia Jones, grandson and wife, US Army soldier Nathan and Michelle Jones, great-grandchild Theodore (2) Jones, with a baby on the way, and granddaughter Megan Jones. She is also survived by her youngest sister and husband, Georgia and Jay Elkins, and a brother-in-law, Elijah Chamness, nieces, nephews and other extended family members and friends. She was preceded in death by her parents, husband, youngest son, Dennis D. Jones, grandson, Christopher James Jones, brother, Dolph Webb, Jr., sister, Gloria Goessmann, half-brother, Bobby Gene Bennett, half-brother, Bobbie Frank Webb, and half-sister, Mildred Chamness, numerous nieces and nephews and other extended family members and friends. Funeral arrangements for Betty Jones were entrusted to the Wilson-McReynolds Funeral Home of 900 North Court Street in Marion. Visitation for family and friends was from 5:00 p.m. to 8:00 p.m. on Monday, July 27th at the funeral home. The funeral service was held at 1:00 p.m. on Tuesday, July 28, 2015, at the Wilson-McReynolds Funeral Home with Rev. Kenneth Blumenstock presiding. The prelude and postlude musical selections were presented by pianist, Shawn Maze. Special vocal musical selections presented were “I Will Rise” by great granddaughter, Lindsey Weinhold, with recorded accompaniment and “Railway to Heaven” by vocalist, Shawn Maze who accompanied himself on piano. The service concluded with the special recorded musical selection of “On Eagles Wings”. Interment followed next to her husband in Cedar Grove Cemetery in Johnson County, IL. At the committal service those attending sang the musical selection “Amazing Grace” acapella. Pallbearers were Cliff Webb, Joel Weinhold, Bennett Chamness, Clay Webb, Elmer “Butch” Webb and Baraka Jones. Following the committal service at the cemetery the family and friends gathered at Our Redeemer Lutheran Church of Marion for a meal and continued time of fellowship and support. Memorial contributions were made to “Hospice of Southern Illinois” and mailed in care of Wilson-McReynolds Funeral Home, P.O. Box 370, Marion, IL 62959. Memorial envelopes were available at the funeral home. “Faith is knowing that the darkest day will always be followed by the joy and sunshine of God’s love”. For more information please call the funeral home at 618-993-2131.

The family of Betty June Jones created this Life Tributes page to make it easy to share your memories.