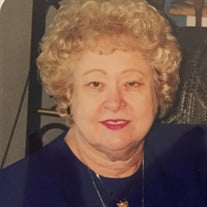 Betty L. Rose, age 78, of Marion, IL, passed away peacefully with her family by her side at 12:06 p.m. on Saturday, January 14, 2017, in Rush Copley Medical Center of Aurora, IL. She was born on Friday, July 22, 1938, in St. Louis, MO to Everett E. and Edith Pricilla (Hogue) Henshaw. Betty attended school in Marion and was a graduate of Marion High School Class of 1956. She continued with her education by attending at Bradley University in Peoria, IL. She was united in marriage to William Dean Rose on Friday, July 25, 1958, in Marion at the home of her father, and together they have shared over 58 years of marriage. Early in Betty’s working career she worked for General Telephone in Marion and later at the family lumber business, Henshaw Lumber Company of Marion, where she became part owner of the business. Later in her life she remained at home seeing to the needs of her family and managing her home. Betty was a member of the Second Baptist Church of Marion for many years. Betty was also known as a lover of Dixieland Jazz Music and was a member of the Juvae Jazz Society of Decatur, IL and the Illiana Club of Traditional Jazz in Oak Park, IL. She loved to travel across the country attending jazz festivals. Some of her trips were to New Orleans, LA; Los Angeles, CA; Chattanooga, TN and La Crosse, WI, just to name a few. Betty taught her children how to show God's love to others no matter what, the importance of obeying the Lord and Mom & Dad, to honor Dad, to show respect and talk respectfully to others, to be independent and stand up for themselves, to save money and be financially responsible, and to laugh and enjoy time with friends. She was a joy to be around, always laughing and smiling. She also was not shy about sharing her opinion, whether you wanted to hear it or not! She also loved talking on the phone with her friends and enjoying the company of others. Her laugh was infectious. Her son’s friends loved coming over to the house just to hear her laugh and tell stories. She had a way of providing entertainment just sitting around talking. Betty loved her family and was always interested in hearing about all of their many different activities, especially those of her grandchildren and great grandchildren. She enjoyed the many times they spent together and now those she leaves behind will cherish the many memories that were created. She is survived by her husband, Dean Rose of Marion; two sons and daughters-in-law, Eric and Tina Rose of Aurora, IL and Brent and Debbie Rose of Savannah, GA; four granddaughters, Faith Rose and Taylor Rose both of Aurora and Lynn Shelly and her husband Rick of Atlanta, GA and Wendy Cohen and her husband Jon of Savannah; grandson, Austin Rose of Aurora; three great grandchildren, Max, Sol and Reese Cohen; sister and brother-in-law, Mary Sue and Jess Childers of Marion; brother, Everett and Connie Henshaw, Jr. of Marion, other extended family and many friends. She was preceded in death by her parents and sister and brother-in-law, Pricilla and Don Presley. Arrangements for Betty L. Rose were entrusted to Wilson-McReynolds Funeral Home, 900 N. Court Street, Marion, IL. The visitation was from 9:00 a.m. until 11:00 a.m. on Saturday, January 28, 2017, at the funeral home. During the time of visitation a “Reflection of Life” DVD Memorial Tribute featuring special people, places and events of Betty’s life was presented to the family and friends. Following the time of visitation the funeral service was at 11:00 a.m. with Dr. Bob Wagner and Pastor Mark Mohler presiding. During the service, comments of memory were presented by Betty’s son Eric. The prelude and postlude musical selections were presented by pianist Shirley Lantrip. Special vocal musical selections presented during the service were “In the Garden” and “Amazing Grace” both by Danny Ward with pianist Shirley Lantrip accompanying. Interment followed in Rose Hill Cemetery of Marion. Pallbearers were Jerry Odum, Harold Collier, Larry Williams, Steve Cole, Pat Pulley and John Pulley. Following the committal service at the cemetery the family and friends gathered at the Marion Second Baptist Church for a meal and continued time of fellowship and support. For those who preferred, memorial contributions were made to “Shriners Hospitals for Children” and mailed in care of Wilson-McReynolds Funeral Home, 900 N. Court Street, Marion, IL 62959. Memorial envelopes were available at the funeral home. For additional information please contact the funeral home by calling at 618-993-2131.

The family of Betty L. Rose created this Life Tributes page to make it easy to share your memories.

Send flowers to the Rose family.