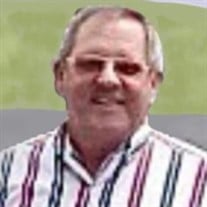 Billy D. Burgess, age 78, of Marion, IL, passed away peacefully, with his family near, at 11:55 a.m. on Monday, January 31, 2022, at his home. He was born on October 7, 1943, at home in Marion, IL, the son of John and Lora Ann (Phillips) Burgess. Billy answered the call of this nation by enlisting into the United States Marine Corps in August of 1961, and after his period of faithful service was honorably discharged with the rank of Corporal in May of 1966. He was united in marriage to Donna Ann Varnum on Saturday, March 13, 1965, in Asbury Park, NJ, and together they shared nearly 57 years of marriage until her death on November 6, 2021. His working career was diverse over his lifetime. He once owned a paint store in Stuart, FL for several years until he closed the business. He then became a route salesman for the Lorillard Tobacco Company setting up displays, filling vending machines and delivering to stores for several years. While living in the Stuart, FL, area he served as a Volunteer Fireman and EMT for the Tropical Farm Florida Fire District, an area located near Stuart, and eventually became Assistant Fire Chief. Also, during this time he became involved in an annual Christmas tradition serving as Santa Claus, something that brought him great joy, being driven around the area on a trailer decorated in holiday lights passing out candy and fruit to the children of the area. Then in January of 1977, he moved his family to Anna, IL, and started a position as Dispatcher with the Union County Sheriff’s Department. Then in June of 1978, he took a position as Correctional Officer with the United States Federal Prison System working in Marion. He continued there until his retirement in October of 2000, in the position of “Officer in Charge.” He attended and was very active with Harbor Church, located south of Marion. He also was a member of the American Legion Post No. 147 of Marion. In his spare time, he enjoyed golfing and going “Off Road Jeeping” with his two sons on the weekends. He also enjoyed camping, both in tents and trailer, having traveled with his family all over the country creating many memories. Over the last many years, he and his wife became camping snowbirds to the Stuart, FL, area. He loved his family and cherished the many times they spent together. The many memories created will now be cherished by those he leaves behind. He is survived by his daughter, Lori A. Burgess of Marion; two sons and daughters-in-law, Gary E. and Tammy Burgess of Marion and Bobby W. and Diana Burgess of Stuart, FL; five grandchildren, Sean M. Burgess of Kansas City, MO, Christopher R. Burgess of Marion, Preston W. Burgess of Marion, Autumn M. Sizemore of Marion and Austin J. Sizemore of Marion; three sisters, Marie LaBarge of St. Charles, MO, Patty Pearman and husband, Bill of Granite City, IL and Judy Kay Kipper and husband, Brian of Farmington, MO; two brothers, Charles Burgess of Tampa, FL and John Burgess, Jr. of Tulsa, OK; two sisters-in-law, Sonia Cordero of West Palm Beach, FL, and Toni Soto and her husband, Hank of Stoney Creek, NY, his trusty canine companion, Hunter, other extended family and many friends. He was preceded in death by his parents, wife; sister, Ruth Isom and brother, Kenneth Burgess. Arrangements were entrusted to Wilson-McReynolds Funeral Home, 900 North Court Street, Marion, IL. The visitation was from 4:00 p.m. to 7:00 p.m. on Monday, February 7th at the funeral home. During the time of visitation, a “Reflection of Life” DVD Memorial Tribute featuring special people, places and events in Billy’s life was presented to the family and friends. The funeral service was at 11:00 a.m. on Tuesday, February 8, 2022, with Pastor David Thompson and Pastor Kenneth Blumenstock presiding. Special recorded vocal musical selections presented during the service were “I’ll Fly Away”, “Amazing Grace”, and “There’s Power In The Blood” all by Alan Jackson as well as “Scars in Heaven” by Casting Crowns. Following the funeral service military honors were accorded at the funeral home by members of Marion V.F.W. Heyde Pillow Post No. 1301 Funeral Honors Detail and members of the United States Marine Corps Funeral Honors Detail. Interment followed next to his wife, Donna, in Taylor Cemetery located on Route 45 north of Vienna, IL. Pallbearers were Sean Burgess, Danny West, Chris Burgess, Mike Lohstroh, Blake Hall, and Rex Fager. Following the committal service at the cemetery the family and friends gathered at Harbor Church for a meal and continued time of fellowship and support. The family requested for those who preferred, memorial contributions be made to “Marion V.F.W. Heyde-Pillow Post No. 1301 Funeral Honors Ritual Team”. For additional information call the funeral home at 618-993-2131.

The family of Billy Don Burgess created this Life Tributes page to make it easy to share your memories.

Send flowers to the Burgess family.