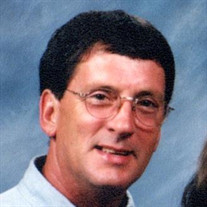 Carl Eugene "Gene" Wilkins, age 64, of the Lake of Egypt area near Creal Springs, IL passed away suddenly at 7:31 a.m. on Thursday, February 25, 2016, in Heartland Regional Medical Center of Marion, IL. He was born on Tuesday, September 11, 1951, in Pontiac, MI, the son of Carl L. and Jo Ann (Baker) Wilkins. He lived his early years in Pontiac until his family moved to the Carrier Mills area. Carl attended school in Carrier Mills and was a graduate of Carrier Mills High School Class of 1969. He went on with his education first attending Southeastern College then attending Southern Illinois University in Carbondale for several years advancing toward a teaching degree until he was offered a job at the Sahara No. 21 Coal Mine near Carrier Mills. He decided to take the job and worked for Sahara for 18 years until the mine closed. He then went back to school by attending classes at John A. Logan College in Carterville, IL. After a while be began working for the Illinois Department of Corrections at the Shawnee Correctional Center near Vienna, IL and has worked in corrections for nearly 20 years. Carl was united in marriage to Catherine L. Palmer on Saturday, June 28, 1975, in Herrin and together they have shared nearly 41 years of marriage. He was a Christian and tried to live his life loving and helping others and was always giving to those who had need. In his spare time he enjoyed being outdoors; hunting or fishing on the Lake of Egypt. He could do anything that he set his mind to and was known as “The Go to Guy” when people had problems. Carl enjoyed wood working, carpentry and had designed and built several homes. He was very thoughtful to all, especially his nieces and nephews. He loved getting together with all of his family. Those he leaves behind will now cherish the many memories that have been created. He is survived by his wife Cathy L. Wilkins of the Lake of Egypt, Creal Springs; mother, Jo Ann McCabe of Marion; sister and brother-in-law, Carla Jo and Jim Nilson of Herrin, brother-in-law, Terry Spees of Marion; two nieces, Heather Nault and her husband Leo of Nashua, NH and Sarah Rose Burd and husband Eric of Herrin; two nephews Kevin Nilson and his wife Cathleen of Mountain View, CA and Ryan Charles Spees and his wife Erin of Edwardsville, IL; father-in-law and mother-in-law, Joe Elbert and Dora Catherine Palmer of Carterville; step mother, Sondra Wilkins of Herrin; step sister, Tracey Glenn of Herrin; two uncles, Sherwood Baker and his wife Irma of Carrier Mills and Mark Wilkins and his wife Vicky of Stonefort; four aunts, Reathal Wilkins and Pauline Wilkins both of Carrier Mills, Norma “Cookie” Wilkins of Carrier Mills and Alena Wilkins of Marion; four brothers-in-law, Joe A. Palmer and his wife Susan of Cambria, Richard A. Palmer and his wife Janet of Tunnel Hill, David L. Palmer and his wife Gee of Arnold, MO and Honorary Judge Phillip G. Palmer of Carterville; five sisters-in-law, Mary Ann Troutman and her husband Terry of Marion, Monica L. Pflug and husband Rev. Jeff of Madison, IN, Colette Arnold and her husband Mike of Herrin, Brenda Murfin and her husband Dr. Mark of Vernon, IL and Carol Y. Jones and her husband Mike of Roswell, GA, a host of other nieces and nephews who he dearly loved from all of Cathy’s brothers and sisters, other extended family and many friends. His father, Carl L. Wilkins and sister Donna Spees preceded him in death along with Clarence (Cotton) McCabe (stepfather), Kent Neal (stepbrother). Arrangements for Carl E. Wilkins have been entrusted to Wilson-McReynolds Funeral Home, 900 N. Court St., Marion, IL. The visitation will be from 11:00 a.m. until 2:00 p.m. on Tuesday, March 1, 2016, at the funeral home. Following the time of visitation the funeral service will be at 2:00 p.m. with Dr. Bob Dickerson presiding. Interment will follow at St. Francis DeSales Catholic Cemetery near New Burnside, IL. For those who prefer, memorial contributions may be made to either “American Heart Association" or "American Cancer Society", and mailed in care of Wilson-McReynolds Funeral Home, P.O. Box 370, Marion, IL 62959. Memorial envelopes will be available at the funeral home. For additional information please contact the funeral by calling 618-993-2131.

The family of Carl Eugene Wilkins created this Life Tributes page to make it easy to share your memories.

Send flowers to the Wilkins family.