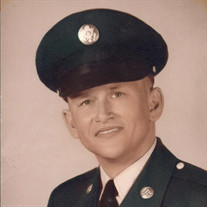 Carl E. Wohlwend, age 76, of Creal Springs, IL, passed away peacefully at 8:30 a.m. on Tuesday, January 3, 2017, in the Veterans Administration Hospital Community Living Center in Marion, IL. He was born on Sunday, December 1, 1940, at home south of Marion, the son of Edgar E. and Mabel (Loveless) Wohlwend. Carl attended Grade School and Junior High School in Marion and after his family moved to Carbondale, IL, attended Carbondale High School and was a graduate of the Class of 1958. He answered the call of this nation by serving in the United States Army during the Vietnam War and after his period of faithful service was honorably discharged with the rank of Specialist 4th Class. Carl was united in marriage to Phyllis Ann (Whitlock) Spell on Thursday, October 24, 1985, in Creal Springs, IL and together they have shared over 31 years of marriage. During his working career he worked for the Rock Island Railroad in Chicago, IL for 11 years and later owned and operated a Pet Store in Kankakee, IL for 9 years. After his marriage and moving to Southern Illinois he began working at the Veteran’s Hospital in Marion, in 1987 as a mail clerk and later as a Engineering Clerk until his retirement on November 30, 2002. Carl was a member of Fairview Baptist Church of Creal Springs. He was a car enthusiast and enjoyed going to car shows displaying his 1954 Chevy Bel Air and 1964 Ford Fairlane. He also enjoyed watching Chicago Bears Football, old westerns on television and was an avid NASCAR enthusiast and for several years had season tickets at the Martinsville Virginia Speedway. He enjoyed listening to gospel music and attending gospel music concerts and during the late 1980’s and early 1990’s, was an announcer for WGGH and WXAN Radio Stations. He is survived by his wife, Phyllis A. Spell Wohlwend of Creal Springs; two sons, Marc Wohlwend of Belleville, AR and Virgil E. Spell of Creal Springs; three daughters and one son-in-law, Christine Bryant of Belleville, AR, Mary Lynn and Casey Odum of Creal Springs and Phyllis A. Spell of Carterville, IL, 14 grandchildren, 9 great grandchildren; sister, Ruth Ann Kolb of Vienna, IL, other extended family and many friends. He was preceded in death by his parents; stepmother, Virble A. Kinser; son, Carl Anthony “Tony” Wohlwend; grandson, Marc Wohlwend, Jr. and brother, Jackie Wohlwend. Arrangements for Carl E. Wohlwend were entrusted to Wilson-McReynolds Funeral Home, 900 N. Court St., Marion, IL. The visitation was from 5:00 p.m. until 8:00 p.m. on Thursday, January 5th at the funeral home. The funeral service was at 11:00 a.m. on Friday, January 6, 2017, at Wilson-McReynolds Funeral Home, 900 N. Court St., Marion, IL, with Pastor Ken Sharp presiding. The prelude and postlude musical selections were recorded piano selections. Special recorded vocal musical selections presented during the service were “One Day at a Time” by Cristy Lane and “Amazing Grace” by Elvis Presley. Also presented at the conclusion of the service was the vocal musical selection “Go Rest High on That Mountain” by Pastor Ken Sharp with recorded accompaniment. Interment followed in Maplewood Cemetery of Marion. Pallbearers were Casey Odum, Aaron Odum, Travis Odum, Phillip Russell, Robert Parks, Richard Hope, Don Rakow and Joe Walker. Military honors were accorded at the graveside by members of Heyde-Pillow V.F.W. Post No. 1301, American Legion Post No. 147 both of Marion and the Illinois National Guard Funeral Honors Burial Detail of Marion. Those participating were Commander and Chaplain, Larry Largent; Officer of the Day, Pat Campbell; Bugler, Bill Rice; Color Guard, Bob Casey and Jessie James; National Colors Ernie Rinella and Firing Squad, Gene Broombaugh, Don Burgrabe, Ralph DeVasier, Ron Ganzer and Fred Read. Members of the Illinois National Guard Funeral Honors Burial Detail participating in the folding of the flag were PFC Jovontae Coleman and SGT Garrett Lukens. Presentation of the flag to Carl’s wife, Phyllis was by PFC Jovontae Coleman. During the folding of the flag the recorded musical selection “America the Beautiful” was presented. Following the committal service at the cemetery the family and friends gathered at Fairview Baptist Church for a meal and continued time of fellowship and support. For those who preferred, memorial contributions were made to “The American Cancer Society” and mailed in care of Wilson-McReynolds Funeral Home, 900 N. Court Street, Marion, IL 62959. Memorial envelopes were available at the funeral home. For additional information please contact the funeral home by calling at 618-993-2131.

The family of Carl Edgar Wohlwend created this Life Tributes page to make it easy to share your memories.

Send flowers to the Wohlwend family.