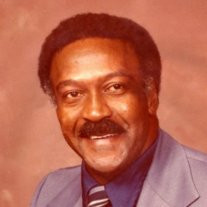 Charles Barker, age 77, of Marion, IL, passed away at 9:40 a.m. on Thursday, November 28, 2013, in Herrin Hospital of Herrin, IL. He was born on Monday, June 22, 1936, in Marion, IL the son of Howard and Lillian Lulu (Rollins) Barker. Charles grew up in Marion and was a graduate of Marion High School. After graduation he moved to Waukegan, WI and began working at Down Hospital. During the time of the Korean War he served in the United States Army and after his period of faithful service was honorably discharged. After his discharge he continued to serve in the United States Army Reserves for an additional 35 years. He attained the rank of Master Sergeant before retiring, in 1992. In the early 1960’s he moved to Palo Alto, CA and began working at the United States Department of Veterans Affairs Medical Center as a Psychotherapy Coordinator until his retirement in 1992. He was united in marriage to Eddie Mae (Winters) Kimmons in 1996 in Madera, CA, and together they enjoyed fishing, listening to music, gardening, cooking and visiting with their large circle of friends. Chares and Eddie Mae lived in Madera, CA until they moved to Marion, IL in 2006. Together they shared fourteen years of marriage until her death on January 8, 2010. Charles was a member of First Freewill Baptist Church of Marion, IL. He also was a member of the American Legion Post No. 147 of Marion, IL, Victoria Masonic Lodge No. 3 (PHA) of San Francisco, CA and the American Society of Retired Federal Employees (ASRFE). Charles leaves a large family including his daughter, Cheryl Barker of Marion, IL; sister, Alice Barnett of Marion, IL; stepson, Garry Barker of Racine, WI; three stepdaughters, Anita, Grace and Vanessa all of Milwaukee, WI, seven grandchildren, six great grandchildren and a host on many nieces, nephews, other extended family and many friends. He was preceded in death by his parents; loving wife, Eddie Mae Barker; sisters, Mary Dulaney, Ethel Doss and Elsie Meriwether and two brothers, Howard and Billy Barker. Arrangements for Charles Barker were entrusted to Wilson-McReynolds Funeral Home, 900 N. Court St., Marion, IL. The time of visitation for family and friends was on Tuesday, December 3rd, from 5:00 p.m. until 8:00 p.m. at the funeral home. The funeral service was at 1:00 p.m. on Wednesday, December 4, 2013, at Wilson-McReynolds Funeral Home with Rev. David Nelson presiding. The prelude and postlude musical selections were presented by pianist, Blanche Russell. Comments of memory were presented by Delores Isaac who also presented the special vocal musical selection “Precious Lord Take My Hand” accompanying herself on the piano. Comments of memory and sharing of condolences were presented by Blanche Russell. Special instrumental piano selection “It Is Well With My Soul” was presented by pianist, Blanche Russell. Interment followed in Rose Hill Cemetery of Marion, IL. Honorary pallbearers were Danny Barker, Sr. and Danny Barker, Jr. Active pallbearers were Charles Barnett, Michael Barnett, Garry Barker, John Davis, Wesley Barker and Bervin White. Military honors were accorded at the graveside by members of the V.F.W. Heyde-Pillow Post No. 1301, American Legion Post No. 147 and the Illinois National Guard Flag Detail, all of Marion, IL. Those participating were Commander, Larry Largent; Chaplain, Dan Fruge; Officer of the Day, Pat Campbell; Bugler, Jim Grieme; Color Guard, Ralph DeVasier and Jessie James; National Colors, Ernie Rinella; VFW Colors, Bob Casey; American Legion Colors, Ron Ganzer; and Firing Squad, Don Burgrabe, Bill Hampsey, Nate Hopkins, Bill Reynolds, Ron Russell, Jerry Swisher and George Trammell. Members of the Illinois National Guard Flag Detail participating in the folding of the flag were SSGT Page and PFC Winemiller. Presentation of the flag to Charles’s daughter, Cheryl was by SSGT Page. Following the committal service at the cemetery the family and friends gathered at the First Freewill Baptist Church of Marion for a meal and continued time of fellowship and support. For those who preferred, memorial contributions were made to “Hospice of Southern Illinois”. Memorial contribution envelopes were available at the funeral home or were mailed in care of Wilson-McReynolds Funeral Home, P.O. Box 370, Marion, IL 62959. For additional information please contact the funeral home by calling 618-993-2131.

The family of Charles Barker created this Life Tributes page to make it easy to share your memories.

Send flowers to the Barker family.