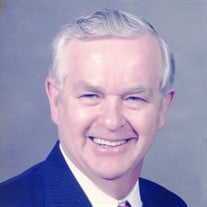 Charles Ray Blankenship, age 89, Marion, IL, passed away peacefully at 9:26 a.m. on Friday, June 15, 2018, in the Veteran’s Community Living Center of Marion. He was born on Wednesday, May 22, 1929, in Marion, IL the son of Earl Blankenship and Helen Wilson (McKinney) Blankenship. Charles attended school in Marion and was a 1946 graduate of Marion High School, and continued his education at Southern Illinois University of Carbondale, IL. He answered the call of this nation by serving in the United States Army as a telephone installer during the time of Korean War. He was first united in marriage to Evelyn Shoemaker. He later was united in marriage to Roberta Norman Hill on Saturday, May 22, 1976, in Marion and together they have shared over 42 years of marriage. Charlie and Roberta enjoyed traveling for many years within the United States, Canada, and Europe. Their 30th wedding anniversary was celebrated with a tour to Nova Scotia and the Canadian Maritimes. Charlie’s working career was with the family business of E. Blankenship & Co. Auto Parts. He had been manager of several of the Blankenship Businesses in Southern Illinois before retiring twice from the Marion store. He volunteered with civil defense when it was first organized. Charlie received his pilot license after taking flying lessons on his lunch hour. He loved being able to fly solo. He enjoyed card playing with friends, especially with his “poker buddies”. He was a volunteer shuttle driver for Heartland Medical Center and was a member of the Heartland Auxiliary and the Marion Cultural and Civic Center Foundation. He enjoyed having lunch at Marion Senior Citizens Center with wife Roberta at table five. Spending time with family and dear friends was very important to Charlie. He is survived by his wife, Roberta J. Blankenship of Marion; two sons, Dennis (Marcia) Blankenship of Marion and David Blankenship of Murphysboro; two stepdaughters, Cynthia Hill Plain (Robert) of Roanoke, VA and Kay Hill Jones (Keith) of Florence AL; four grandchildren, Anne Blankenship Craig (Rob) of Marion, Elizabeth Blankenship Yates (Kory) of Cookeville, TN, Jacqueline Plain Boyer (George) and Jake Plain (Sarah) both of Virginia; two great grandsons, Peyton and Nathan Craig both of Marion; brother-in-law, James Griffin of Pittsburg, IL; two sisters-in-law, Dolly Blankenship and Sandra Blankenship both of Marion, several nieces and nephews; special great niece, Sara Roman and many friends locally and from tours of the travels of Charlie and Roberta. He was preceded in death by his parents; three brothers, Earl Blankenship Jr., Robert S. Blankenship, Continued on Reverse Side and William E. Blankenship, two sisters-in-law; Julia Blankenship and Delores Griffin, and his first wife Evelyn Blankenship. Arrangements for Charles Ray Blankenship were entrusted to Wilson-McReynolds Funeral Home, 900 N. Court Street of Marion. The time of visitation was from 9:00 a.m. to 11:00 a.m. on Tuesday, June 19, 2018, at the funeral home. During the visitation a “Reflection of Life” DVD Memorial Tribute was presented to the family and friends and featured special people, places, and events of Charlie’s life. Following the time of visitation, the funeral service was at 11:00 a.m. with Rev. Dr. Bob Wagner and Rev. Dr. Bill Sasso presiding. The prelude and postlude musical selections were special recorded selections by pianist, Jeff Klein. Special vocal musical selections presented during the service were “Amazing Grace,” “You Are My Sunshine,” and “In the Garden” all by Elaine Hancock who was accompanied on the piano by Sharon Wilson. Those who presented special comments of memory during the service were his son, Dennis Blankenship, his daughters, Kay Hill Jones and Cynthia Hill Plain, his sons-in-law, Keith Jones and Robert Plain, and special friend and coworker, Orval Williams, Jr. Letters of memories were written by Chris Blankenship Jones and read by Lisa Conley and Roberta Blankenship and read by Jacqueline Boyer. Interment followed in Rose Hill Cemetery of Marion. Those serving as pallbearers were Keith Jones, Kory Yates, Rob Craig, Peyton Craig, Jim Griffin, Jr., and Robert Plain. Following the graveside committal service at the cemetery the family and friends gathered at the Second Baptist Church of Marion for a meal and continued time of fellowship and support. For those who preferred, memorial contributions were made to either or both “Veteran’s Community Living Center” or “Marion Senior Citizens Center” and mailed in care of Wilson-McReynolds Funeral Home, 900 N. Court Street, Marion, IL 62959. Memorial envelopes were available at the funeral home. For additional information please contact the funeral home by calling 618-993-2131.

The family of Charles Ray Blankenship created this Life Tributes page to make it easy to share your memories.

Send flowers to the Blankenship family.