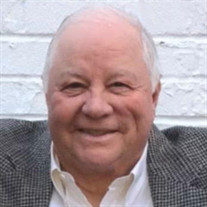 Maynard King, age 69, of Marion, IL, passed away at 6:08 p.m. on Friday, March 25, 2022, in Memorial Hospital of Carbondale, IL with his family by his side. He was born on December 14, 1952, in Morris, IL, the son of Loren Edward and Marilyn Rose (Masters) King. His family was involved in trucking and Maynard attended the lower grades of school in West Frankfort, IL, and later his family moved to Effingham, IL and he graduated from Effingham High School Class of 1970. He was united in marriage to JoAnn Mary Pruemer on August 26, 1972, in Teutopolis, IL, and together they have shared over 49 wonderful years of marriage filled with lots of love and laughter. He owned and operated his own trucking company “Direct Motor Freight” for many years and also had King’s Farm Equestrian Center located near Spillertown, IL. In 2018, he decided to retire and spend more time with his family. He was of the Christian faith. He loved life to the fullest and enjoyed being around people and would always make the world a little brighter. Daily he looked forward to going to the Riley’s Restaurant in Marion, to enjoy a cup of coffee with his many friends. He enjoyed time at his farm and loved taking his grandchildren there riding 4 wheelers, fishing, deer and turkey hunting and just spending quality time making memories in the outdoors. He was an avid Alabama Football “Roll Tide” fan and had attended many of their games and also enjoyed watching a good old western movie, especially John Wayne’s. His family was a very important part of his life, and his two daughters will always remember him as being the “Best Girl Dad Ever.” His grandchildren were a large part of his later life and he attended many of the baseball, softball, football, and dancing events, always cheering them on to do their best. He was so very proud of them. The many memories that have been created will now be cherished by those he leaves behind. He is survived by his wife, JoAnn M. King of Marion; two daughters, Amy M. Carrico and husband, Jeff and Kristy L. Long and husband, Steve all of Marion; five grandchildren, Dylan Carrico of Waynesville, MO, Joanna Carrico of Marion, Cole Maynard Carrico of Marion, Bailey Long of Marion, and Brody Long of Marion; sister, Sandy Bushue and husband, Pat of Dawsonville, GA; two sisters-in-law, Connie Eskew and husband, Mike of Effingham, IL and Susan Pruemer of Effingham, IL; brother-in-law, Ron Pruemer of Teutopolis, IL, a large host of other special extended family and many friends. He was preceded in death by his parents; infant daughter, Melissa; infant son, Richard and brother-in-law, Art Pruemer. Arrangements are entrusted to Wilson-McReynolds Funeral Home, 900 North Court Street, Marion, IL. The visitation will be from 10:00 a.m. to 1:00 p.m. on Thursday, March 31, 2022, at the funeral home. Following the time of visitation, the funeral service will be at 1:00 p.m. with Pastor Dave Maragni presiding. Interment will follow near his parents in Miner’s Cemetery near Royalton, IL. The family has requested for those who prefer, memorial contributions be made to either or both; “St. Jude Children’s Research Hospital” and/or “Ronald McDonald House.” Memorial contributions may be mailed in care of Wilson-McReynolds Funeral Home, 900 N. Court Street, Marion, IL, 62959. Memorial contribution envelopes will be available at the funeral home. For additional information call the funeral home at 618-993-2131.

The family of Charles Maynard King created this Life Tributes page to make it easy to share your memories.

Send flowers to the King family.