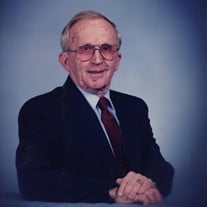 Charles L. “Lynn” Travelstead, age 87, of Marion, IL, passed away at 12:03 a.m. on Friday, June 11, 2021, in Herrin Hospital of Herrin, IL. He was born on Sunday, April 15, 1934, southeast of Marion, in rural Williamson County, IL, the son of William Robert “Bob” and Ivalee (Hudgens) Travelstead. Lynn, as he was known by, attended school in Marion, and was a graduate of Marion High School. Early in his working career he worked in many different types of jobs. He last worked for Brunswick Laboratories of Murphysboro, IL, in their vitamin production for 14 years as a Foreman until his retirement. He was a long-time member of the First Baptist Church of Marion and also enjoyed visiting many other churches of the area when they were having special events and socials. He is survived by his daughter, Penny Cremeens of Rock Island, IL; grandson, Jason Cremeens of Rock Island, IL, other extended family and many friends. He was preceded in death by his parents; son, Robert D. Travelstead in 1999, and step-son, James B. Cremeens in 1989. Arrangements have been entrusted to Wilson-McReynolds Funeral Home, 900 North Court Street, Marion. The visitation will be on Thursday, June 17, 2021, from 9:30 a.m. to 11:00 a.m. at the funeral home. Following the visitation, the funeral service will be at 11:00 a.m. with Dr. Bob Dickerson presiding. Interment will follow in Rose Hill Cemetery of Marion, IL. For additional information please call the funeral home at 618-993-2131.

The family of Charles Lynn "Lynn" Travelstead created this Life Tributes page to make it easy to share your memories.