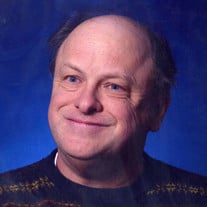 Tim Rodd, age 65, of Marion, IL, passed away at 10:35 p.m. on Monday, July 13, 2015, in Heartland Regional Medical Center of Marion, IL. He was born on Saturday, March 4, 1950, in Herrin, IL the son of Harry R. and Virginia D. (Deason) Rodd. Tim attended school in Carbondale, IL and was a graduate of Carbondale High School Class of 1970. He was a member of the First Christian Church-Disciples of Christ of Marion, IL. Tim volunteered much of his time serving at his church and at the Marion Senior Center. In his spare time he enjoyed listening to audio books, exercising at the HUB in Marion, watching baseball (He was an avid New York Yankee fan), playing chess and other board games. He had a photographic memory and had extensive knowledge of many subjects and was always first choice of trivia game teams. He also enjoyed traveling, especially with his brother. Tim had many friends and will be missed by all those he now leaves behind. He is survived by his brother and sister-in-law, Gregory and Laurel Rodd of Boulder, CO; nephew, Joshua Rodd and his wife Athena Pantazis of Middlebury, VT; niece, Jessica Rothman and her husband Jon of Broomfield, CO; aunt, Mary Jane Crawford of Herrin, IL; caregiver and good friend, Louise Couch of Marion, IL, other extended family and many friends. Arrangements for Tim Rodd were entrusted to Wilson-McReynolds Funeral Home, 900 N. Court St., Marion, IL. The time of the visitation was from 9:30 a.m. until 11:00 a.m. on Friday, July 17, 2015, at the funeral home. Following the time of visitation the funeral service was at 11:00 a.m. with Rev. William Rucker presiding. The prelude and postlude musical selections were presented by pianist, Lori Creamer. Special instrumental musical selections presented during the service were “Old Rugged Cross” and “I Am Thine O Lord” both by pianist, Lori Creamer. Special vocal musical selection presented was “Morning Has Broken” by Lori Creamer who accompanied herself on the piano. Interment followed next to his parents in Rose Hill Cemetery of Marion, IL. Pallbearers were David Pat Crawford, Joshua Rodd, Tim Baker, Paul Higginbothom, Kevin Cobb and Daniel Baker. Following the committal service at the cemetery the family and friends gathered at First Christian Church-Disciples of Christ of Marion for a meal and continued time of fellowship and support. For those who preferred, memorial contributions were made to “Hospice of Southern Illinois” and mailed in care of Wilson-McReynolds Funeral Home, P.O. Box 370, Marion, IL 62959. Memorial envelopes were available at the funeral home. For additional information please contact the funeral home by calling 618-993-2131.

The family of Charles Timothy "Tim" Rodd created this Life Tributes page to make it easy to share your memories.

Send flowers to the Rodd family.