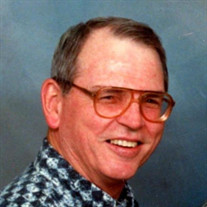 Conard Lee Kennedy, age 81, of Marion, IL, passed away peacefully at 5:07 a.m., on Thursday, May 14, 2020, at his home. He was born on Saturday, January 14, 1939, in Ponco City, OK, the son of Burt Nolan and Martha Marie (Nicholas) Kennedy. He attended school in Oklahoma and was a graduate of John Marshall High School of Oklahoma City, OK, Class of 1957. In June of 1957, Conard answered the call of this nation joining the United States Army. He served as a personnel specialist with a field artillery unit and was stationed in Germany for 2 ½ years. After his period of faithful service he was honorably discharged in April of 1960, with the rank of Specialist 4th Class. Over the next many years, Conard continued his college education taking classes on a part-time basis and eventually received a Bachelor Degree in Psychology from Southern Illinois University of Carbondale, IL, in 1969. He continued his education completing many courses toward a degree in Administration of Justice at Southern Illinois University. He was united in marriage to Adra Lynn Corder on Friday, November 5, 1976, in Marion, and together they shared over 42 years of marriage until her death on Tuesday, January 29, 2019. Conard’s working career was diverse over his lifetime. In January of 1961, he began working for the Bureau of Prisons at the Federal Reformatory in El Reno, OK. Then in January of 1963, he received a promotion and took a position at the United States Penitentiary of Marion, IL. He worked at the Marion Prison until he decided to terminate his employment in May of 1975. He then began working for himself buying older homes and remolding them to sell. In October of 1976, he took a position as District Sales Representative for the Auto Club of Missouri. He completed all his licensing requirements to sell insurance in Illinois. After a number of years with the Auto Club he decided to go into the insurance business for himself. He received his Insurance Brokers License, giving him the ability to offer all lines of insurance and open Kennedy Insurance Agency that he operated out of his home. After several years he decided to take a position as a Probation Officer for the Williamson County Court House in Marion, and served in that position for 18 years until his retirement. He was a member of the First Baptist Church of Marion. In his spare time he enjoyed golfing and was an avid competitive sports fan, especially basketball, baseball and football. He loved his family and enjoyed the many times they all would be together. He was always interested in all of their many activities, especially those of his grandchildren. The many memories created will now be cherished by those he leaves behind. He is survived by his son, Matthew Kennedy of Marion; two daughters and sons-in-law, Michelle and Brad Knippenberg of McKinney, TX and Robin and Tim Browning of Zionsville, IN: seven grandchildren, Joann Bozarth of Creal Springs, IL, Taylor Browning and wife, Sarah of Indianapolis, IN, Alexandra Browning of Indianapolis, IN, Max Browning of Zionsville, IN, Megan Carpenter of McKinney, TX, Brendan Knippenberg of McKinney, TX and Annie Knippenberg of McKinney, TX; great granddaughter, Lilly Carpenter of McKinney, TX; brother, Richard Kennedy of Oklahoma City, OK; two sisters-in-law, Rhoda Bond and husband, Steve of the Lake of Egypt south of Marion and Etta Marie Kennedy of Edmond, OK, other extended family and many friends. He was preceded in death by his parents, wife and brother Tom Kennedy. Arrangements have been entrusted to Wilson-McReynolds Funeral Home, 900 N. Court St., Marion. DUE TO HEALTH CONCERNS RELATED TO THE COVID-19 VIRUS AND BY THE SIGNING OF EXECUTIVE ORDER BY THE ILLINOIS GOVERNOR, there will not be any visitation or funeral service currently. For those who wish, memorial contributions may be made to; “First Baptist Church”. Memorial contributions may be mailed to the Wilson-McReynolds Funeral Home, 900 North Court St., Marion, IL 62959. For additional information call the funeral home at 618-993-2131.

The family of Conard Lee Kennedy created this Life Tributes page to make it easy to share your memories.

Send flowers to the Kennedy family.