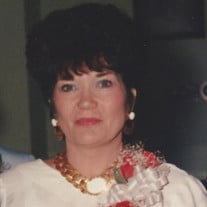 Coralee Gulledge, age 79, of Marion, IL, passed away peacefully with her daughters by her side at 9:20 a.m. on Thursday, January 2, 2020, in Herrin Hospital. She was born on Tuesday, October 8, 1940, in Marion, the daughter of Oral Thomas and Violett Evelyn (Smith) Odum. Coralee was a graduate of Marion High School Class of 1958. She received a bachelor’s degree in Education from Southern Illinois University. She was a twirler at SIU and danced professionally. She was a fifth and sixth grade teacher at Logan Elementary for 12 years. After teaching, she provided in home childcare until her retirement. Coralee was a member of the First Presbyterian Church. Early in her adult life, she was actively involved with her sorority. In her spare time, she enjoyed traveling; visiting Florida, California, Las Vegas and Pigeon Forge, Tennessee just to name a few. She loved taking care of animals and always had dogs and cats. She watched game and competitive shows on television; especially Dancing with the Stars, The Voice, American Idol, Wheel of Fortune, and Jeopardy. She was excellent at trivia. She also enjoyed entertaining, had a great sense of humor and was passionate about her beliefs. She loved being with her family and greatly enjoyed the times they shared together. She was interested in their many activities especially those of her grandchildren and great grandchildren. The many memories that were created will now be cherished by those she leaves behind. She is survived by four daughters, Lori Fox and her fiancé Keith Barnes of Bowling Green, KY, Lynn Baber and her husband Greg of Monmouth, IL, Lisa Potts and her husband Brent of St. Peters, MO and Teresa Dawkins and her fiancé Kenneth Fann of Marion; ten grandchildren, Branden Fox of Bowling Green, KY, Andrew Fox of Willington, CO, Ashley Baber of Monmouth, IL, Jarret Baber and wife Brittany of North Pekin, IL, Jacob Baber of Monmouth, IL, Natalie Baber of Milwaukee, WI, Nathan Potts of Peoria, IL, Will Potts of St. Peters, MO, Casey Maurice of Henderson, NV and Austin Dawkins and wife Shanna of Marion; nine great grandchildren, Jace, Jett and Everly Baber, Chase Dawkins, Shane Clerk, Max Carter and Ryleigh, Kolton and Karson Swank; fiancé, Tommy Miller of Marion whom she has been with since 1985, and many friends. She was preceded in death by her parents; infant son, Ryan and two brothers, Kenneth Earl and Gary Odum. Arrangements were entrusted to Wilson-McReynolds Funeral Home, 900 N. Court St., Marion. The visitation was from 12:00 p.m. until 2:00 p.m. on Saturday, January 11, 2020, at the funeral home. Following the time of visitation, the funeral service was at 2:00 p.m. with Rev. Ken Sharp presiding. Comments of memory were presented by Coralee’s daughter Lisa Potts. The prelude and postlude musical selections were presented by pianist Lori Creamer. Special recorded vocal musical selection presented at the beginning of the service was “Knowing What I Know About Heaven” by Guy Penrod. Other special vocal musical selections presented during the service were “How Great Thou Art”, “In the Garden” and “Amazing Grace” all by Lori Creamer who accompanied herself on the piano. Another special instrumental piano selection presented during the service was “Love In the 50’s” by Lori Creamer. Interment followed next to her parents and brother Ken in Odd Fellows Cemetery of Marion. Pallbearers were Branden Fox, Andrew Fox, Jarret Baber, Austin Dawkins, Jacob Baber, Nathan Potts and Garren Randolph. Honorary pallbearer was Will Potts. Following the committal service at the cemetery the family and friends gathered at the Drury Inn in Marion, for a meal and continued time of fellowship and support. For those who preferred, memorial contributions were made to “St. Jude Children’s Hospital”, an organization she had support for many years, and mailed in care of Wilson-McReynolds Funeral Home, 900 N. Court Street, Marion, IL 62959. Memorial envelopes were available at the funeral home. For additional information call the funeral home at 618-993-2131.

Coralee Gulledge, age 79, of Marion, IL, passed away peacefully with her daughters by her side at 9:20 a.m. on Thursday, January 2, 2020, in Herrin Hospital. She was born on Tuesday, October 8, 1940, in Marion, the daughter of Oral Thomas and... View Obituary & Service Information

The family of Coralee Gulledge created this Life Tributes page to make it easy to share your memories.

Send flowers to the Gulledge family.