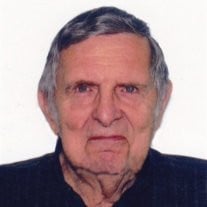 David Wendell Owen, age 82, of Marion, IL, formerly of the Elgin and Gurnee area of Northern IL, passed away at 2:40 p.m., on Tuesday, September 10, 2013, in the Veteran’s Nursing Care Center of Marion, IL . He was born on Saturday, August 29, 1931, in Oak Park, IL the son of Richard and Mary (Pillinger) Owen. David attended school in Highland Park, IL and was a graduate of Highland Park High School. He answered the call of this nation by serving in the United States Army during the time of the Korean War and was stationed in Italy. After his period of faithful service he was honorably discharged in June of 1955. His working career has been diverse throughout his lifetime. Early in his career he worked at the Midwest Stock Exchange in the Chicago area, later in sales for Herman-Miller Furniture, has written and designed computer software programs, owned and operated a printing company and later in life worked for the Lowes Corporation in sales in Gurnee, IL for several years. He transferred to their Carbondale, IL location in September of 2009, to be near his family. In May of 2012, he moved from Carbondale to Marion, into his daughter’s home. In his spare time he loved to buy all types of items and then re-sell them. He enjoyed attending auctions, setting up and selling items at the Sesser Flea Market and also operated an extensive used book business on the internet. He also enjoyed spending time at the Marion Senior Citizens Center having lunch and visiting with everyone. He is survived by two daughters and sons-in-law, Nina and Michael Belsley of Chicago, IL and Pennie and Richard Nelson of Marion, IL; two sons and daughters-in-law, Douglass and Debbie Owen of Kauai, HI and Bill and Lori Owen of Walnut Creek, CA, eleven grandchildren, five great grandchildren; sister, Sarah Owen of Hebo, OR, other extended family and many friends. He was preceded in death by his parents and sister, Mary Lou Owen. Arrangements for David Wendell Owen were entrusted to Wilson-McReynolds Funeral Home, 900 N. Court St., Marion, IL. The visitation for the family and friends was from 9:30 a.m. until 11:30 a.m. on Saturday, September 14, 2013, at the funeral home. During the time of visitation a “Reflection of Life” DVD Memorial Tribute featuring special people, places and events of David’s life was presented to the family and friends. Following the time of visitation the funeral service was at 11:30 a.m., with Rev. Scott Kallem presiding. Special comments of memory; written by David’s daughter, Pennie was read by Tim Petrowich. The prelude and postlude musical selections were recorded piano selections. Special recorded vocal musical selections presented during the service were “God Speaking” by Mandisa, “Forgiveness” by Matthew West and “The Lord Is My Shepherd, Psalm 23” by Keith Green. Following the service the family and friends gathered at the Third Baptist Church of Marion, for a meal and continued time of fellowship and support. Interment was in Mound City National Cemetery of Mound City, IL on Monday, September 16, 2013 at 11:30 a.m. Pallbearers were members of the Pulaski and Alexander County Veteran’s Military Funeral Team. Military honors were accorded at the cemetery by members of the Pulaski and Alexander County Veteran’s Military Funeral Team and members of the Marion National Guard Flag Detail. For those who preferred, memorial contributions were made to “Wilson-McReynolds Funeral Home” to help with final expenses. Memorial contribution envelopes were available at the funeral home or were mailed in care of Wilson-McReynolds Funeral Home, P.O. Box 370, Marion, IL, 62959.For additional information please contact the funeral home by calling 618-993-2131.

David Wendell Owen, age 82, of Marion, IL, formerly of the Elgin and Gurnee area of Northern IL, passed away at 2:40 p.m., on Tuesday, September 10, 2013, in the Veteran&#8217;s Nursing Care Center of Marion, IL . He was born on Saturday, August... View Obituary & Service Information

The family of David Wendell Owen created this Life Tributes page to make it easy to share your memories.

Send flowers to the Owen family.