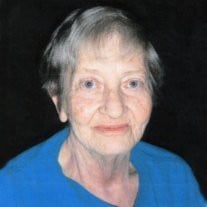 Diane E. Wilkins, age 66, of Marion, IL, passed away peacefully at 8:40 a.m. on Saturday, October 12, 2013, in the Community Living Center, a part of the Marion Veterans Hospital. She was born in Aurora, IL on Sunday, December 22, 1946, the daughter of Alvin Ray and Dorothy Evelyn (Hill) Niswander. Diane attended school in Aurora and was a graduate of Aurora High School. She answered the call of this nation by enlisting into the United States Army during the time of the Vietnam War as a surgical assistant in plastic surgery and after her period of faithful service was honorably discharged. Diane was first united in marriage to Darryl Van Rendleman. She later was united in marriage to Ted Wilkins on Saturday, April 14, 1984, in the Paulton Church of God of Paulton, IL and together they shared 15 years of marriage until his death came in June of 1999. She is a member of the Marion Elks Club B.P.O.E. No. 800 and was made an honorary member of the Marion VFW Heyde-Pillow Post No. 1301. She was considered an honorary member of many of the other civic organizations. Diane’s working career was with the Postal Service as a rural mail carrier for many years until her health prohibited her from working. She later began working in the early 1990’s for the Marion Daily Republican Newspaper as an inserter and later became one of their news reporters, a position she thoroughly enjoyed and news soon became her passion. She met and spoke with many famous people during her career. A few to mention are; George Bush, George W. Bush, Ronald Reagan, President Obama whom she had lunch with and Lady Antebellum. She remained with the Marion Daily until her health eventually forced her to retire permanently in 2009. When not covering the news with the Marion Daily she spent much of free time following all the other news stations of the country reporting their stories of the world and nation. She also had a special place in her heart for cats, especially her Russian Blue Cat Smokey. During her stay at the Veteran’s Community Living Center she especially enjoyed the times they all would play bingo and was always saying she was going to “Throw a Ketchup Bottle” at the bingo caller if they did not call her numbers. The family would especially like to thank the Marion Veteran’s Community Living Center and staff for the compassionate and loving care shown to their mother during her stay there. She is survived by her daughter and son-in-law, Jennifer L. and Darrell Calhoun of Makanda, IL; son, Brian Rendleman of Marion, IL, six grandchildren; her Russian Blue Cat, Smokey, other extended family and many friends. She was preceded in death by her parents and her husband, Ted Wilkins. Arrangements for Diane E. Wilkins were entrusted to the Wilson-McReynolds Funeral Home, 900 N. Court Street, of Marion, IL. The time of visitation was from 5:00 p.m. until 8:00 p.m. on Tuesday, October 15th, at the funeral home. The funeral service was at 10:30 a.m. on Wednesday, October 16, 2013, at Wilson-McReynolds Funeral Home with Chaplain Lisa Scott presiding. During the service Diane’s son, Brian read a poem and Bill Swinford presented comments of memory. The prelude and postlude musical selections were recorded piano selections. Special recorded vocal musical selections presented were “Serenaded by Angels” by Kirk Talley and “See You Again” by Carrie Underwood. Interment followed at 12:30 p.m. in Mound City National Cemetery of Mound City, IL. Pallbearers were Brian Rendleman, Dylan Rendleman, Clarence Comer, Terry Brooks, Darrell Calhoun, Wayne Calhoun and Van Rendleman. Military honors were accorded by members of the Area Ritual Team and members of the Marion Illinois Army National Guard Funeral Honors Team at the cemetery. Members of the Illinois Army Funeral Honors Team participating in the folding of the flag were PFC Jones and SSG Page. Presentation of the flag to Diane’s daughter, Jennifer was by PFC Jones. For those who preferred, memorial contributions were made to “This Able Veteran” an organization of Southern Illinois that provides the highest-quality Service Dogs to injured veterans and their families. Memorial contribution envelopes were available at the funeral home or were mailed in care of Wilson-McReynolds Funeral Home, P.O. Box 370, Marion, IL, 62959. For additional information please contact the funeral home by calling 618-993-2131.

The family of Diane E. Wilkins created this Life Tributes page to make it easy to share your memories.

Send flowers to the Wilkins family.