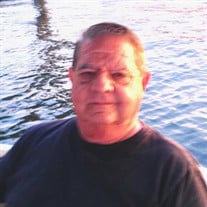 Donald G. “Don” Ness, age 76, of rural Marion, IL, the Lake of Egypt area, passed away suddenly at 1:00 p.m. on Wednesday, September 2, 2020, at his home. He was born on June 15, 1944, in Chicago, IL, the son of George and Daisy (Ward) Ness. Don answered the call of this nation by enlisting into the United States Army Active Reserve in October of 1962, and went to basic training at Fort Leonard Wood, MO. He continued in the Army Active Reserve until he was honorably discharged in October of 1968, with the rank of Staff Sergeant. He was united in marriage to Jean Carole Ostlund on June 10, 1967, in Thornton, IL, and together they have shared over 53 years of marriage. Over the course of their marriage they lived in Burbank, Chicago Ridge and Marion, IL. In 1969, their first son, Edward was born. He was followed by surprise twin brothers, Jeff and Greg in 1973. In 1972, a job opportunity at Dura Container in Herrin, Il brought the Ness family to Marion. His first venture into his own business was A-1 Service Company that eventually evolved into Marion Electric Company and Sweep & Sew. In 1978 Don and Jean founded Landmark Chemical Company as a distributor of commercial and residential cleaning chemicals and equipment. Later, in addition, the business manufactured and private labeled 41 products. In 2002, after 23 years, they sold the business and semi-retired to the real estate rental business, which is still in operation. Don loved the Lake of Egypt area and in the mid 1980's they built their home there moving in February 1986. It was a wonderful home they shared with many, hosting church parties, baptisms and spending treasured time with their friends. He loved his family, especially his grandchildren, and enjoyed times they all shared together. Those he leaves behind will now cherish the many memories created. Don and his family made Aldersgate U. Methodist Church their church home in 1985. Don loved God and cherished his Aldersgate church family. He is survived by his wife, Jean C. Ness of Marion, three sons, Ed Ness of Oakland, CA, Jeff Ness of Plant City, FL and Greg Ness of Phoenix, AZ; four grandchildren, Mason, Max, Mallory and Macy Ness all of Plant City, FL; sister-in-law, Linda Engels of Schererville, In, and extended family and many friends. He was preceded in death by his parents. Arrangements were entrusted to Wilson-McReynolds Funeral Home, 900 N. Court St., Marion. The visitation was from 11:00 a.m. to 1:00 p.m. on Thursday, September 10, 2020, at the Aldersgate United Methodist Church, located at 1201 North Fair St., Marion, IL. During the time of visitation a “Reflection of Life” DVD Memorial Tribute featuring special people, places and events in Don’s life was presented to the family and friends. Following the time of visitation the memorial service was at 1:00 p.m. with Pastor James Slone presiding. Others participating in the service were Roger Russell and Cecil Atchisson who presented personal comments and read scriptures and Don’s son, Jeff who presented the eulogy about his father. The prelude and postlude musical selections were presented by pianist, Judy Hopkins. Special vocal musical selections presented during the service were “Amazing Grace”, “There's Something About That Name” and “The Old Rugged Cross” all by vocalist, Lisa Cruse with pianist, Judy Hopkins accompanying. Following the service military honors were accorded by the members of the Heyde-Pillow V.F.W. Post No. 1301 of Marion, and members of the United States Army Funeral Honors Burial Detail outside at the church. During the folding of the flag the military read aloud “The Meaning Behind the 13 Folds of the Flag”. It told what each fold represented. The flag was then presented by the military to Don’s wife, Jean. Following the service the family and friends gathered at Jean and Don’s home at the lake for a meal and continued time of fellowship and support. For those who preferred, memorial contributions were made to the “Arctic Barnabas Ministries”, a missionary group in Alaska that Don supported, and mailed in care of Wilson-McReynolds Funeral Home, 900 N. Court St, Marion, IL, 62959. Memorial envelopes were available at the church. For additional information please call the funeral home at 618-993-2131.

The family of Donald George "Don" Ness created this Life Tributes page to make it easy to share your memories.