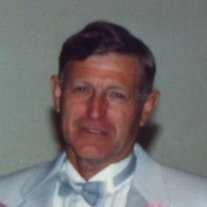 Donald T. Feltz, age 76, of Creal Springs, IL, passed away peacefully with his family by his side at 6:50 a.m., on Tuesday, September 17, 2013, at his home. He was born on Friday, November 13, 1936, in Joliet, IL the son of Thomas Gaylord and Beatrice Helen (Wilgus) Feltz. Donald attended school in the Joliet area and was a graduate of Lockport High School. After graduation he began working for the Caterpillar Company in Joliet as a welder and later became in charge of their Tool Crib Department until he retired in 1985. Donald was united in marriage to Lula Davis on Saturday, March 29, 1958, in Plainfield, IL, and together they have shared over fifty-five years of marriage. Recently he and his wife have been attending Walnut Hill Freewill Baptist Church of Crab Orchard, IL. He also was a member of the International Association of Machinist and Aerospace Worker Local Union No. 85 of Joliet, IL. In his spare time he enjoyed working on projects around the home and working with his boys when they had something to get done. He always was eager to repair anything that was broken and never found a challenge he couldn’t fix. He also was a loyal Chicago Cubs and Bears fan. He is survived by his wife, Lula B. Feltz of Creal Springs, IL; four sons and two daughters-in-law, Raymond and Tina Feltz of Crest Hill, IL, Carl and Tanya Feltz of Marion, IL and David Feltz and Daniel Feltz both of Creal Springs, IL; eight grandchildren, Brandy Rae Feltz, Raymond Matthew Feltz and Michael Raymond Kendall all of Crest Hill, IL, Maria Ann Swafford, Whitney Renee Feltz and Lara Lyn Feltz all of Marion, IL and David Scott Feltz and Tyler Jon Feltz both of Lockport, IL; six great grandchildren, Damen Swafford, Cierra Lopez, Liam Eugene Green, Taylar Feltz, Kayla Kendall and Emma Kendall and many friends. He was preceded in death by his parents. Arrangements for Donald T. Feltz were entrusted to Wilson-McReynolds Funeral Home, 900 N. Court St., Marion, IL. The visitation for the family and friends was from 5:00 p.m. until 8:00 p.m. on Friday, September 20, 2013, at the funeral home. Following the time of visitation the funeral service was at 8:00 p.m., with Rev. Jerry Schell presiding. Comments of memory were presented by Donald’s daughter-in-law, Tina Feltz. The prelude was presented by Rev. Jerry Schell on the piano. Special musical selections presented during the service were “Going Home” & “What A Day That Will Be” both by Rev. Jerry Schell with recorded accompaniment. The postlude was recorded piano selections. For additional information please contact the funeral home by calling 618-993-2131.

The family of Donald Thomas Feltz created this Life Tributes page to make it easy to share your memories.

Send flowers to the Feltz family.