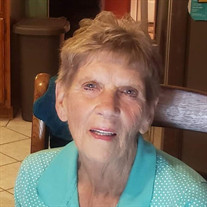 Donna A. Burgess, age 76, of Marion, IL, passed away peacefully with her family near, at 7:00 a.m. Saturday, November 6, 2021, in her home. She was born on Wednesday, July 25, 1945, in Concord, NH, the daughter of Arthur Ernest “Thomas” and Emilienne (Drouin) Varnum. Donna attended Catholic School in Asbury Park, NJ, and was a graduate of Asbury Park Public High School. She continued with her education and received her License Practical Nursing Degree. She was united in marriage with Bill Don Burgess on Saturday, March 13, 1965, in Asbury Park, NJ, and together they have shared 57 years. Donna was employed throughout her nursing career with Marion Memorial Hospital of Marion, from 1982 until she retired in 2002. She was a member of the Harbor Church located near the Lake of Egypt south of Marion. Donna always enjoyed reading and camping in her spare time. During the winters, Donna and her husband spent time in Stuart, FL, as snow birds for the last 22 years. She also enjoyed having family events and holidays that brought everyone together. She will be missed by her family and friends who knew and loved her and her memory will be cherished in their hearts. She is survived by her husband, Bill D. Burgess of Marion; daughter, Lori A. Burgess of Marion; two sons and daughters-in-law, Gary E. and Tammy Burgess of Marion and Bobby W. and Diana Burgess of Stuart, FL; five grandchildren, Sean M. Burgess of Kansas City, MO, Christopher R. Burgess of Marion, Preston W. Burgess of Marion, Autumn M. Sizemore of Marion and Austin J. Sizemore of Marion; two sisters, Sonia Cordero of West Palm Beach, FL, and Toni Soto and her husband, Hank of Stoney Creek, NY, several nieces, nephews, other extended family and many friends. She was preceded in death by her parents. Arrangements were entrusted to Wilson-McReynolds Funeral Home, 900 North Court Street, Marion, IL. The visitation was on Thursday, November 11th, from 4:00 p.m. to 7:00 p.m. at the funeral home. During the time of visitation, a “Reflection of Life” DVD Memorial Tribute featuring special people, places and events in Donna’s life was presented to the family and friends. Special recorded vocal musical selections presented during the service were; I’ll Fly Away”, “Amazing Grace” and “There’s Power In the Blood” all by Alan Jackson and “Scars in Heaven” by Casting Crowns. The funeral service was at 11:00 a.m. on Friday, November 12, 2021, with Pastor David Thompson presiding. The service concluded with the playing of recorded vocal musical selection; “Home” by Chris Tomlin. Interment followed in the Taylor Cemetery located north of Vienna, IL, on IL Route 45. Pallbearers were Cliff White, Christopher R. Burgess, Sean M. Burgess, and Blake Hall. Following the committal service at the cemetery, the family and friends gathered at Harbor Church Lake of Egypt for a meal and continued time of fellowship and support. The family requested for those who prefer, memorial contributions be given to “Hospice of Southern Illinois”. Memorial contributions were mailed in care of Wilson-McReynolds Funeral Home, 900 N. Court Street, Marion, IL, 62959. Memorial envelopes were available at the funeral home. For additional information call the funeral home at 618-993-2131.

The family of Donna Ann Burgess created this Life Tributes page to make it easy to share your memories.

Send flowers to the Burgess family.