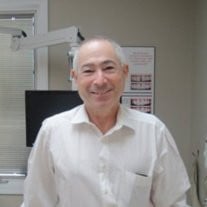 Dr. David T. Cypin, DDS, age 59, of Marion, IL, formerly of the Chicago, IL area, passed away suddenly at 7:15 p.m., Friday, June 28, 2013, in Glenbrook Hospital of Glenview, IL. He was born on Monday, May 17, 1954, in Chicago, IL the son of Charles and Gertrude (Michaelson) Cypin. Dave attended early school in both Skokie and Niles, IL and was a graduate of Niles East High School in 1972. He continued on with his education by attending the undergraduate program at Drake University in Des Moines, IA and then graduated in 1979 from the University of Illinois Medical Center School of Dentistry. After graduating Dental School, Dr. Cypin partnered with Dr. Robert Corte, DDS in a practice in LaGrange, IL. They continued working together until 1997. Also from 1980 until 1997, Dr. Cypin was on staff at various Chicagoland hospitals being associated with dental procedures in their hospital operating rooms and with their residency programs. In 1997, he moved to Marion, IL to practice dentistry with his fellow classmate, Dr. Robert J. Main, DDS and was practicing together as Main & Cypin Dentistry until the time of his death. He was united in marriage to Barbara Anne Rand on Saturday, July 9, 1988, in Arlington Heights, IL and together they have shared nearly twenty-five years of marriage. Dr. Cypin was of the Jewish faith. He was an actively involved member of the American Dental Association, Illinois State Dental Society, Southern Illinois Dental Society and the Marion Elks B.P.O.E. #800. He also enjoyed traveling, playing tennis, golf and spending time with friends who he considered as family. He was a loving husband and adored spending time with his daughter, Tayler. The many memories that have been created will be cherished by all those he leaves behind. He is survived by his wife, Barbara Anne Cypin of Marion, IL; daughter, Tayler Nicole Cypin of Marion, IL; father-in-law, Theodore Rand and his wife, Sara Campbell of Portland, ME; two sisters-in-law, Terri Rand and Jacklyn Rodgers both of Chicago, IL and many friends. He was preceded in death by his parents and brother, Allen Cypin. Arrangements for Dr. David T. Cypin, DDS were entrusted to Wilson-McReynolds Funeral Home, 900 N. Court St., Marion IL. The time of visitation for family and friends was on Saturday, July 6, 2013, from 11:00 a.m. until 2:00 p.m. at the funeral home. During the time of visitation a “Reflection of Life” DVD Memorial Tribute featuring special people, places and events in Dr. Cypin’s life was presented to the family and friends. Following the time of visitation the memorial service was at 2:00 p.m. Those speaking and participating in the memorial service were Dr. Mark Hattenhauer, Pat Fleming, Allen Kulwin, Paul Festenstein, Bruce Frank, Thomas Christopoules, John Fisher, Bill Horowitz and Judi Kay Main who all were Dr. Cypin’s friends. Also during the service Dr. Cypin’s wife, Barbara and daughter, Tayler spoke about special memories and thanking all during this difficult time. Special recorded vocal musical selections presented during the service were “The Pink Panther Theme Song” by Henry Mancini and Orchestra, “Iko, Iko” by The Bell Stars, “Just You and Me” by Chicago, “Can You Feel the Love Tonight” by Elton John, “Wind Beneath My Wings” by Bette Midler, “The Show” by Kerris Dorsey and “Be Still and Know That I Am God” by Steven Curtis Chapman. Following the service all those attending went outside for a multi-colored balloon release to the recorded vocal musical selection “New York, New York” by Frank Sinatra. After the balloon release all those attending gathered at the Artstarts Company office building, located at 105 S. VanBuren St., Marion, for a meal and continued time of fellowship and support. For those who preferred, memorial contributions were made to “The Artstarts Company” or the “Jim Pearce Tennis Memorial”. Memorial contribution envelopes were available at the funeral home or were mailed in care of Wilson-McReynolds Funeral Home, P.O. Box 370, Marion, IL, 62959. For additional information please contact the funeral home by calling 618-993-2131.

The family of Dr. David T. Cypin, DDS created this Life Tributes page to make it easy to share your memories.