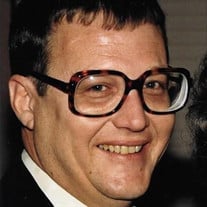 Edmund L. Cooper, age 73, of rural Harrisburg, IL, passed away peacefully at 8:23 a.m. on Thursday, March 7, 2019, in the Carrier Mills Nursing Care Center of Carrier Mills, IL. He was born on August 15, 1945, in St. Louis, MO, the adopted son of Harry Myron and Elsie K. (McAfee) Cooper. Edmund grew up in Alton, IL, and was a graduate of Alton High School Class of 1963. Edmund entered the United States Air Force in March 2, 1964, and after his period of faithful service was honorably discharged March 3, 1967. He received his B. A. Degree in Criminal Justice from the University of Illinois at Chicago in 1975, and graduated March 11, 1977, from the Chicago Police Academy. He later received his Masters Degree in Business Administration from Capital University, Columbus Ohio in 1994. Notable accomplishments in Edmund’s career include; attainment of Design Manager with Weyerhaeuser Company in Texas and Oklahoma, Manufacturing Director for International Steel Wool in Ohio and Mexico, Operations Executive for The Dial Corporation, General Manager for Harrisburg Truss Company in Illinois, Director of Operations for TAG/ERO International in Texas and Mexico, and Operations Executive for TAG/ERO in Illinois and Ohio. He spent the last few years before his retirement as a Mathematics Instructor at Southeastern Illinois College in Harrisburg, IL. Edmund was united in marriage to JoAnn Cooper on August 19, 1967, in Chicago, IL at Nativity BVM Chicago and together they shared over 46 years of marriage until her death on October 27, 2013. Edmund is survived by his daughter, Celeste Cooper-Krueger of Marion, IL; two grandsons, Anthony Krueger of Rockford, IL and Phillip Krueger of Woodstock, IL and one sister, Marjorie Tague, other extended family members and many friends. He was preceded in death by her parents and his wife, JoAnn. Arrangements for Edmund L. Cooper have been entrusted to the Wilson-McReynolds Funeral Home, 900 N. Court Street, of Marion, IL. According to his wishes there will be no public services. For those who prefer, memorial contributions may be made to “Hospice of Southern Illinois”. Memorial contribution envelopes will be available at the funeral home or may be mailed in care of Wilson-McReynolds Funeral Home, P.O. Box 370, Marion, IL, 62959. For additional information please call the funeral home at call 618-993-2131.

The family of Edmund L. Cooper created this Life Tributes page to make it easy to share your memories.

Send flowers to the Cooper family.