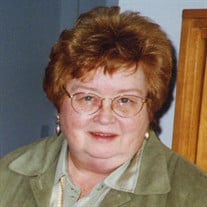 Elizabeth Ann Loomis, age 75, of Marion, IL passed away at 6:08 a.m. on Monday, January 5, 2015, in Herrin Hospital of Herrin, IL. She was born on Sunday, January 8, 1939, in Holden Hospital of Carbondale, IL, the daughter of Eugene and Vera Elizabeth (Jones) Grant. Elizabeth attended school in Johnston City, IL and was a graduate of Johnston City High School in 1956. She continued her education at Southern Illinois University of Carbondale, IL where she received her Bachelor’s degree in Home Economics and her Master’s degree in Child Development. Her working career began in education teaching at Crab Orchard and Patoka High Schools. After receiving her Master’s degree she began teaching child development at Kennedy-King Community College of Chicago, IL for many years until her retirement in 1994. After her retirement she moved back to Southern Illinois near Creal Springs. She was married to Jon Edson Loomis in 1962, at Washington Avenue Baptist Church of Johnston City, IL. They shared nearly forty-three years of marriage until his death on March 9, 2005. Elizabeth has been a member of Washington Avenue Baptist Church of Johnston City, IL, since childhood. Some of her other memberships include The Daughters of the American Revolution, The Audubon Society and the Williamson County Home Extension where she was actively involved since moving back to the area. In her spare time she enjoyed collecting antiques, bird watching, spending time with her dogs, cooking and entertaining her friends and family. Her family was a very important part of her life. She always looked forward to spending time together and treasured the many memories that were created. She is survived by two sisters and brothers-in-law, Nanette and Carl Cottingham of Carterville, IL and Mary Jane and Javier Estrada of Marion, IL; three brothers and sisters-in-law, Wendell E. and Tammy Grant, John D. and Carolyn Grant and Richard L. and Cathy Grant all of Marion, IL, seventeen nieces and nephews, twenty-five great nieces and nephews and three great-great nieces and nephews; brother-in-law, Dr. Carroll Loomis and his wife, Nola Faye of Anna, IL, other extended family and many friends. She was preceded in death by her parents and husband. Arrangements for Elizabeth Ann Loomis were entrusted to Wilson-McReynolds Funeral Home, 900 N. Court St., Marion, IL. The time of the visitation for family and friends was from 5:00 p.m. to 8:00 p.m. on Wednesday, January 7th at the funeral home. During the time of visitation a “Reflection of Life” DVD Memorial Tribute featuring special people, places and events in Elizabeth’s life was presented to the family and friends. The funeral service was at 10:00 a.m. on Thursday, January 8, 2015, at Wilson-McReynolds Funeral Home with Rev. Barry Robertson and Rev. Carl Cottingham presiding. The prelude and postlude musical selections were presented by pianist, Lori Creamer. Special vocal musical selections presented during the service were “The Old Rugged Cross” and “Amazing Grace” both by Lori Creamer who accompanied herself on the piano. Interment followed next to her husband in Evergreen Cemetery near Makanda, IL. Pallbearers were Jeremy Cottingham, Douglas Grant, Levi Mileur, Jeff Cottingham, Aaron Estrada and Miles Mileur. Following the committal service at the cemetery the family and friends gathered at Washington Avenue Baptist Church in Johnston City, IL, for a meal and continued time of fellowship and support. For those who preferred, memorial contributions were made to either “American Cancer Society”, “Hospice of Southern Illinois” or “Washington Avenue Baptist Church” and mailed in care of Wilson-McReynolds Funeral Home, P.O. Box 370, Marion, IL 62959. Memorial envelopes were available at the funeral home. For additional information please contact the funeral home by calling 618-993-2131.

Elizabeth Ann Loomis, age 75, of Marion, IL passed away at 6:08 a.m. on Monday, January 5, 2015, in Herrin Hospital of Herrin, IL. She was born on Sunday, January 8, 1939, in Holden Hospital of Carbondale, IL, the daughter of Eugene and Vera... View Obituary & Service Information

The family of Elizabeth Ann Loomis created this Life Tributes page to make it easy to share your memories.

Send flowers to the Loomis family.