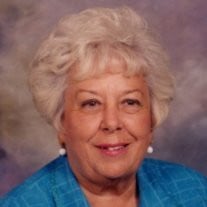 Elizabeth J. “Betty” Fox, age 82, of the Marion, IL, passed away suddenly at 3:40 p.m. on Sunday, March 3, 2013, at her home. She was born on Saturday, June 7, 1930, in Paducah, KY the daughter of Clyde Otto and Elsie Mae (Davis) Conatser. Betty was united in marriage to Richard O. Fox, M.D. on Friday, June 6, 1952, in Carbondale, IL. While her husband Richard was in medical school in St. Louis, MO, Betty taught English and Spanish and worked with the school’s newspaper in Brentwood, MO. After her husband’s graduation from medical school they returned to the Marion area. Betty always kept busy seeing to the needs of her family and managing the home and later in life was a real-estate agent for Dave Thompson Better Homes and Garden in Marion. She was an active and supportive member of the First Presbyterian Church of Marion, IL. She was a member of many civic and charitable organizations and was a charter member of the P.E.O. Sisterhood of Marion, also including Marion Clio Club, Sigma, Sigma, Sigma Sorority, Marion Memorial Hospital Auxiliary, Marion Carnegie Library Board, Friends of WSIU Radio Television and the Marion Cultural & Civic Center Foundation. In her spare time she enjoyed reading, gardening and especially working in her rose garden. Her family was always a very important part of her life, seeing to their needs and taking interest in their many activities as well as those of her grandchildren. She will be remembered as being the matriarch and glue of the family, a true caregiver, selfless and always striving for good and right. Those now left behind will cherish the many memories that have been created. She is survived by four sons and two daughters-in-law, Kevin D. and Lois Fox of Marion, IL, Jeffrey R. Fox of Marion, IL, Jonathan T. Fox of Dallas, TX and Daniel B. and Regina Fox of Marion, IL; four grandchildren, Rachel Elizabeth Fox, Matthew Jonathan Fox, Benjamin Anderson Fox and Allison Katherine Fox all of Marion, IL, other extended family and many friends. She was preceded in death by her parents, husband, Richard O. Fox, M.D. on December 26, 2005 and sister, Connie Conatser. Arrangements for Elizabeth J. “Betty” Fox were entrusted to the Wilson-McReynolds Funeral Home, 900 N. Court Street, of Marion, IL. The time of visitation for family and friends was on Wednesday, March 6th, from 5:00 p.m. until 8:00 p.m. at the funeral home. During the time of visitation a “Reflection of Life” DVD Memorial Tribute featuring special people, places and events of Betty’s life was presented to the family and friends. The funeral service was at 11:00 a.m. on Thursday, March 7, 2013, at Wilson-McReynolds Funeral Home with Rev. Wade Halva presiding. The prelude and postlude musical selections were “Joy” and “Ave Maria” as recorded classical instrumental musical selections. Special classical instrumental musical selections presented during the service were “Shenandoah”, “Meditation from Thais” and “Abide with Me”. Interment followed in Rose Hill Cemetery of Marion, IL. Pallbearers were Kevin D. Fox, Jeffrey R. Fox, Jonathan T. Fox, Daniel B. Fox, Matthew Jonathan Fox and Benjamin Anderson Fox. Following the committal service at the cemetery the family and friends gathered at the First Presbyterian Church for a meal and continued time of fellowship and support. For those who preferred, memorial contributions were made to “Hospice of Southern Illinois”. Memorial contribution envelopes were available at the funeral home or were mailed in care of Wilson-McReynolds Funeral Home, P.O. Box 370, Marion, IL 62959. For additional information please call the funeral home at 618-993-2131.

The family of Elizabeth J. "Betty" Fox created this Life Tributes page to make it easy to share your memories.