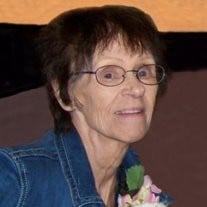 Freida R. Elkins, age 82, of Marion, IL, passed away peacefully at 9:30 p.m., on Friday, December 27, 2013, in the Herrin Hospital of Herrin, IL. She was born on Saturday, June 6, 1931, in St. Louis, MO, the daughter of Lee Hall and Dorene Edna (Williams) Norris. Her working career was for many years with the Olin Corporation of Marion, IL as one of their Quality Control Inspectors until her retirement in October of 1992. Freida was a member of Potters House Christian Church of Marion, IL. She was very devoted to her prayer life and was also involved in prison ministries for many years serving three Sundays a month at the Big Muddy Prison, located near Rend Lake, and also at the Shawnee Correctional Facility near Vienna, IL. She was family oriented and would always enjoy the many times the family would all be together. The many memories that have been created will now be cherished for those she leaves behind. She is survived by two sons and daughter-in-law, Randy Thomley of Carbondale, IL and Tony and Dion Thomley of Chandler, AZ; four granddaughters, Stephanie Brewer and husband, Everett of Goreville, IL, Chasity Walters and husband, Matt of Goreville, IL, Stacey Neil and husband, Conor of Marion, IL and Lindsey Townzen and husband, Patrick of Marion, IL, eleven great grandchildren, two great-great grandchildren , other extended family members and many friends. She was preceded in death by her parents, daughter, Rebecca Sherrine Lyell and granddaughter, Jennifer Jo Lyell. Arrangements for Freida R. Elkins have been entrusted to Wilson-McReynolds Funeral Home, 900 N. Court St., Marion, IL. The visitation for the family and friends will be from 11:00 a.m. to 1:00 p.m. on Tuesday December 31, 2013, at the funeral home. Following the time of visitation the funeral service will be at 1:00 p.m. with Rev. Ralph Brandon presiding. Interment will follow next to her parents in Fountain Cemetery located south of Marion, IL. For additional information please contact the funeral home by calling 618-993-2131.

The family of Freida Roselene Elkins created this Life Tributes page to make it easy to share your memories.

Send flowers to the Elkins family.