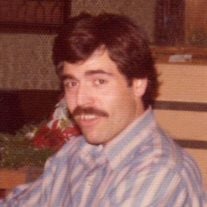 Gary Stephen Bernhardt, age 62, of Marion, IL, the Lake of Egypt community, passed away peacefully at 9:30 a.m. on Thursday, February 13, 2014, at home. He was born on Friday, December 28, 1951, in St. Louis, MO the son of Morris John and Stella M. (Dobbs) Bernhardt. Steve attended school in Arnold, MO and was a graduate of Fox High School. He was of the Protestant faith. His working career was with Kroger’s in Marion where he worked as butcher until he retired several years ago. Steve is survived by his mother and stepfather, Stella and James Hill of the Marion, IL the Lake of Egypt community; daughter and son-in-law, Elizabeth Marie and Ryan Skeens of St. Louis, MO; grandson, Desmond Skeens of St. Louis, MO; two sisters and brothers-in-law, Patricia Kay and Roger Gross of Festus, MO and Connie Jeanne and Wayne Ernst of Sedgewickville, MO; niece, Christine Ernst and three nephews, Robert Hickman, John Hickman and Randy Ernst, other extended family and many friends. He was preceded in death by his father. Arrangements for Gary Stephen Bernhardt were entrusted to Wilson-McReynolds Funeral Home, 900 N. Court St., Marion, IL. The visitation for the family and friends was on Saturday, February 15, 2014, from 11:00 a.m. to 1:00 p.m. at the funeral home. Following the time of visitation the funeral service was at 1:00 p.m. at Wilson-McReynolds Funeral Home with Rev. Jerry Schell presiding. The prelude and postlude musical selections were recorded piano selections. Special recorded vocal musical selections presented during the service were “Amazing Grace” by Elvis Presley and “Go Rest High on That Mountain” by Vince Gill. Interment followed in McKinney Chapel Cemetery near the Lake of Egypt. Pallbearers were Ryan Skeens, Linden Skeens, John Hickman, Roger Gross, Jimmy Hill and Daryl Reed. For additional information please contact the funeral home by calling 618-993-2131.

The family of Gary Stephen Bernhardt created this Life Tributes page to make it easy to share your memories.

Send flowers to the Bernhardt family.