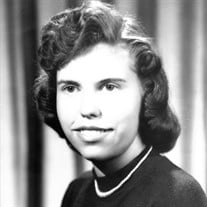 Geneita E. Edmonds, age 72, of Cobden, IL passed away at 10:25 a.m. on Tuesday, October 27, 2015 at home with her family at her side. She was born on Tuesday, January 12, 1943, in Washington, D.C. the daughter of Leland and Mary Lina (Heck) Leigh. Geneita grew up and attended school in Johnston City, IL and was a graduate of Johnston City High School class of 1960. She was employed as a secretary for Dr. Baker and continued for forty-two years as secretary in the medical office of Dr. Ravindranathan in Marion, IL until her retirement in 2010. She was united in marriage to Danny L. Edmonds on Saturday, June 6, 1964 in Pittsburg, IL and together shared over fifty-one years of marriage. She was a member of the United Missionary Baptist Church of Lick Creek, IL where she enjoyed singing, directing the choir and working with the church youth ministry. She loved her family and many friends and will be missed by all who knew and loved her. She is survived by her husband, Danny L. Edmonds, of Cobden, IL; one daughter and son-in-law, Marnie L. and Russ Fox of Stuart, IA; one son and daughter-in-law, Tim and Rachel Edmonds of Goreville, IL; five grandchildren, Remi Fox, Sam Fox, Cora Edmonds, Cody Edmonds and his wife, Kelsey and Kristin Edmonds; one brother and sister-in-law, David and Monna Leigh of Johnston City, IL and other extended family members and many friends. She was preceded in death by her parents. Arrangements for Geneita E. Edmonds were entrusted to Wilson-McReynolds Funeral Home, 900 N. Court St., Marion, IL. The visitation was from 9:00 a.m. until 11:00 a.m. on Thursday, October 29, 2015, at the funeral home. During the time of visitation a “Reflection of Life” DVD Memorial Tribute featuring special people, places and events of Geneita’s life was presented to the family and friends. Following the time of visitation the funeral service was at 11:00 a.m. on with Rev. Paul Tirey presiding. The prelude and postlude musical selections were recorded piano selections. Special vocal musical selection presented during the service was “In the Garden” presented by Julia Hall with Judy Hall accompanying on the piano. Interment followed in Lakeview Cemetery east of Johnston City, IL. Pallbearers were Russ Fox, Sam Fox, Cody Edmonds, Colin Hall, Jon Hall and Matt Houseman. Following the committal service at the cemetery the family and friends gathered at the United Missionary Baptist Church near Lick Creek for a meal and continued time of fellowship and support. For those who preferred, memorial contributions were made to the “United Missionary Baptist Church” of Lick Creek, IL and mailed in care of Wilson-McReynolds Funeral Home, P.O. Box 370, Marion, IL 62959. Memorial envelopes were available at the funeral home. For additional information please call the funeral home at 618-993-2131.

The family of Geneita E. Edmonds created this Life Tributes page to make it easy to share your memories.

Send flowers to the Edmonds family.