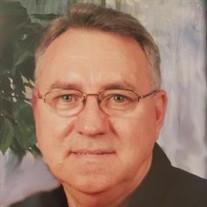 Gregory Mark “Greg” Wheaton, age 71, of Marion, IL and formerly of Jonesboro, IL, passed away peacefully with his family by his side at 5:45 a.m. Saturday, September 21, 2019, at his home in Marion, IL. Greg was born on Sunday, November 23, 1947 in Anna, IL the son of Alfred and Lydia Opal (Smith) Wheaton. He grew up near Jonesboro, IL and was a graduate of the Anna-Jonesboro High School Class of 1965 and continued is education at the Ozark Bible Institute in Neosho, MO. He was united in marriage to Sandra L. Moyers, on Friday, February 11, 1966 in Cape Girardeau, MO and together they shared over fifty three years of Marriage. He was an ordained minister and was a member and pastor of the Oasis of Grace Church in Anna IL for the past six years and previously pastored the Trinity Pentecostal Church in Marion, IL the Calvary Pentecostal Tabernacle in West Plains, MO and the Elco Pentecostal Church in Elco, IL. He owned and operated Sandi’s Sewing Senter on the Square in Marion for twenty-five years until August of this year; he loved working with his many customers, who were his friends. Before opening his sewing store, Greg upholstered furniture for many years and specializing in restoring antique furniture. His main priority in life was his profession of faith in his Lord and Savior Jesus Christ. He was a man of great faith and wanted others to know Christ’s saving grace. He was passionate about collecting Hammond Organs and loved southern gospel music. He could fix almost anything and loved helping anyone he could. Greg never met a stranger and loved and treated all with care and respect. He was a witness to those at the CTCA where he underwent treatment over the last year. Throughout his illness he maintained his caring personality and would often be found at the piano ministering to anyone who was there. Though he was weak from his illness he never tired of ministering to those around him. He was an honorable man who cherished and loved his family and was always interested in their many activities, especially those of his children, grandchildren and great granddaughter. The many memories that have been created will now be cherished by those he leaves behind. He is survived by his wife, Sandra L. Wheaton of Marion; his daughter and son-in-law, Rebecca and Brian Anderson of Noblesville, IN; his two sons and daughters-in-law, Timothy and Rebekah Wheaton of Richmond, KY an d Jonathan and Amanda Wheaton of Marion, IL; his nine grandchildren, Liz Anderson, Bri Anderson, Justin Wheaton and his wife, Navoda, Gatlin Wheaton and his wife, Randi Rae Wheaton, Leilani Meneese and husband, Nick, Darian Wheaton, Jude Wheaton, Logan Mark Wheaton and Nolan Ray Wheaton; his great granddaughter, Magnolia Grace Wheaton; his two sisters, Rhonda Bittle and husband, Terry of Jonesboro, IL and Sherrel Pinnon and husband, Ken of Lick Creek, IL; his two brothers, Randy Wheaton and his wife, Kathy and Rudy Wheaton all of Jonesboro, IL; he adored his many nieces and nephews and was very close to them and other extended family and many friends. He was preceded in death by his parents; one infant sister, Becky Wheaton and brother, Larry Wheaton. Arrangements were entrusted to Wilson-McReynolds Funeral Home, 900 N. Court St., Marion. The visitation was from 5:00 p.m. until 8:00 p.m. on Monday, September 23th, at the funeral home. During the time of visitation, a “Reflection of Life” DVD Memorial Tribute featuring special people, places and events in Greg’s life was presented to friends and family. The funeral service was at 11:00 a.m. on Tuesday, September 24, 2019, at Wilson-McReynolds Funeral Home with Rev. Glen Hamilton presiding, with eulogy by Rev. Danny Ward and Rev. Steve Watkins presiding at the cemetery. The eulogy was read by Danny Ward and Jon Wheaton presented the obituary. Special comments of memory were made by Greg’s daughter Rebecca Anderson. The prelude and postlude musical selections were by pianist, Randy Cluster. Special song medley selection was presented by Greg’s cousins and other family members. Interment followed in Jonesboro Cemetery in Jonesboro, IL. Pallbearers were Timothy Wheaton, Jonathan Wheaton, Brian Anderson, Gatlin Wheaton, Justin Wheaton, Darian Wheaton, Jerome Faire and Bob Lovelace. For complete obituary information or to leave an online condolence of memory please visit our website at www.wilsonmcreynolds.com or for additional information call the funeral home at 618-993-2131.

The family of Gregory Mark Wheaton created this Life Tributes page to make it easy to share your memories.

Send flowers to the Wheaton family.