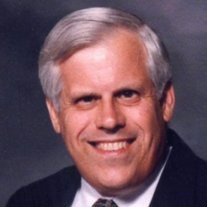 James A. Brandt, age 66, of Marion, IL, passed away surrounded by his family at 12:50 p.m., on Friday, June 7, 2013, in St. Louis University Hospital of St. Louis, MO. He was born in Cincinnati, OH on Sunday, February 23, 1947, the son of Adolf and Mary Brandt. Jim attended school in Calcutta, OH and was a graduate of Beaver Local High School in 1965. He went on and attended Miami of Ohio University of Oxford, OH. Following college he enlisted into the United States Army, serving in Vietnam during the “Tet Offensive”. After his period of faithful service he was honorably discharged. He was united in marriage to Janis Ruth Edgell on Sunday, June 14, 1970, in East Liverpool, OH and together they have shared nearly forty-three years of marriage. Jim began his working career for the W.T. Grant Store where he served in the positions of Operations Manager and Store Manager. He later began his long career of 38 ½ years with the Marion Pepsi Cola Bottling Company. He began as Branch Manager in DuQuoin, IL and later moved to Marion, to be Director of Marketing and Vice President of Marketing and Sales. He also served in the positions as Vice President of Marion Pepsi Cola and Vice President of Pepsi MidAmerica. He loved his company and the people he met as colleagues and customers. Jim has been a longtime and active member of Aldersgate United Methodist Church of Marion, IL. He has served as Sunday School Superintendent for thirty plus years and also on the Church Board of Trustees and many of the other committees of the church. He was a member of the Berean Sunday School Class having served as President of the class. He was actively involved in the Marion community. He was a member of the Marion Chamber of Commerce, serving on many committees and positions on the board. He served as Chamber President in 1998 and was honored by the Chamber as “Distinguished Chamber Member” in 1999. He also was a member of The Marion Kiwanis Club serving on all the positions of the board and as President in 1988-1989. Other organizations he was actively involved with were; The American Lung Association, where he served as State Board Member for 10 years, The American Heart Association and the Williamson County REDCO Board. In his spare time he enjoyed cars and trading them, boating, all types of sports especially SIU Sports and Miners Baseball. Though he always kept active during his lifetime the most important parts of his life were his faith and church and spending time with his family. The many memories that have been created will now be cherished by those he leaves behind. He is survived by his wife, Janis R. (Edgell) Brandt of Marion, IL; son and daughter-in-law, Doug and Joanne (Hoffman) Brandt of VA; daughter and son-in-law, Julie (Brandt) and Colonel Thomas Bell of TX; three grandchildren, Connor, Austin and Morgan; two brothers and one sister-in-law, Bob Brandt of GA and Steve and Sharon Brandt of VA; brother-in-law, Bruce Edgell and his wife, Gayle of OH; aunt, Lynn Brandt of CA; three nieces, Stephanie Grafton of VA, Lisa Thomas of VA and Emily Brandt of VA; nephew, Steve Edgell of OH, other extended family and many friends. He was preceded in death by his parents and sister-in-law, Sherwyn Brandt. Arrangements for James A. Brandt were entrusted to Wilson-McReynolds Funeral Home, 900 N. Court St., Marion, IL. The time of visitation for family and friends was on Friday, June 14th, from 4:00 p.m. until 8:00 p.m. at the funeral home and resumed at the church at 1:00 p.m. on Saturday. During the time of visitation a “Reflection of Life” DVD Memorial Tribute featuring special people, places and events of Jim’s life was presented to the family and friends. The funeral service was at 2:00 p.m. on Saturday, June 15, 2013, at Aldersgate United Methodist Church, located at 1201 N. Fair Street, Marion, IL with Rev. Tim Ozment presiding. Comments of memory were presented by Harry L. Crisp & Don Bett. The service began with a prelude musical selection “It Is Well with My Soul” presented by pianist, Judy Hopkins. Special vocal musical selections presented during the service were “His Eye Is On the Sparrow” and “Amazing Grace” both by Charles “Chuck” McCollum and was accompanied by pianist, Judy Hopkins. The service concluded with a postlude musical selection “On Eagle’s Wings” presented by pianist, Judy Hopkins. Military honors were accorded at the church by members of Heyde-Pillow V.F.W. Post No. 1301 and American Legion Post No. 147 of Marion, IL. Those participating were Commander, Dan Fruge; Chaplain, Larry Largent; Officer of the Day, Nate Hopkins; Bugler, Jim Grieme; Color Guard, Jessie James and Bill Rice; National Colors, Ernie Rinella; VFW Colors, Ralph DeVasier and Firing Squad, Don Burgrabe, Bill Hampsey, Bill Hatfield, Bill Reynolds, Jerry Swisher and George Trammell. Folding of the flag was by VFW members Dan Fruge and Ernie Rinella. Presentation of the flag to Jim’s wife, Janis was by VFW member Dan Fruge. Pallbearers were Steve Brandt, Bob Brandt, Bruce Edgell, Hal Ball, Tab Bell and Doug Brandt. Following the service the family and friends gather in the Abundant Life Center of the church for a meal and continued time of fellowship and support. For those who preferred, memorial contributions were made to “Aldersgate United Methodist Church Building Fund”, “American Cancer Society” or “TACP” (Tactical Air Control Party Association). Memorial contribution envelopes were available at the funeral home and the church or were mailed in care of Wilson-McReynolds Funeral Home, P.O. Box 370, Marion, IL, 62959. For additional information please contact the funeral home by calling 618-993-2131.

The family of James A. Brandt created this Life Tributes page to make it easy to share your memories.

Send flowers to the Brandt family.