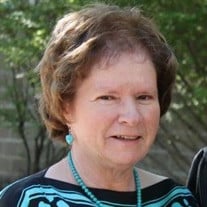 Janet Ruth Bowers, age 71, of Marion and formerly of Anna, IL, passed away peacefully surrounded by her family at 3:36 a.m. on Friday, October 21, 2016 in Memorial Hospital in Carbondale, IL. She was born on Thursday, May 17, 1945, in Anna, IL, the daughter of Lawrence Woods, Sr. and Lois (Yates) Woods. Janet grew up and attended school in Anna and graduated from high school in Elgin, IL. She was united in marriage to Donald Ray Bowers on Saturday, March 16, 1963, in Elgin, IL and together they shared over 53 years of marriage. She was a member of the Independent Baptist Church of Elgin. Janet was a homemaker and was devoted to her family “that always came first”, she loved her family and always encouraged them in all of their many activities, especially those of her grandchildren and enjoyed the many times they all shared together. In her spare time she enjoyed perusing the “Home Shopping Network”, planting flowers and taking care of her home. She is survived by her husband, Donald Ray Bowers of Marion, son, Don, Jr. and wife, JoAnne of South Elgin; daughter, Tina Spolum and husband, Glenn of St. Charles, IL; grandchildren, Brittany Bowers and Rachel and Clayton Spolum; seven brothers, Lawrence Woods, Jr. of Anna, Gene and Catherine Woods of Elgin, Glen and Janet Woods of Sycamore, IL, Carl and Linda Woods of Anna, Kenneth and Carol Woods of Virginia. Harold and Virginia Woods of Golconda, IL and Ray and Stella Woods of Cave-in-Rock, IL; several nieces and nephews, other extended family and many friends. She was preceded in death by her parents, Lawrence and Lois Woods; one brother, Donald Woods of Batavia and one sister, Faye Woods Jaco of Jonesboro. Arrangements for Janet Ruth Bowers have been entrusted to Wilson-McReynolds Funeral Home, 900 N. Court St., Marion, IL. The visitation will be from 11:30 a.m. until 2:00 p.m. on Sunday, October 23, 2016, at the funeral home. Following the time of visitation the funeral service will be at 2:00 p.m. with Chaplain. Barbara Patten presiding. Interment will follow in Rose Hill Cemetery located in Marion, IL. For additional information or to leave an online condolence please visit our website at www.wilsonmcreynolds.com or call the funeral home at 618-993-2131.

Janet Ruth Bowers, age 71, of Marion and formerly of Anna, IL, passed away peacefully surrounded by her family at 3:36 a.m. on Friday, October 21, 2016 in Memorial Hospital in Carbondale, IL. She was born on Thursday, May 17, 1945, in Anna,... View Obituary & Service Information

The family of Janet Ruth Bowers created this Life Tributes page to make it easy to share your memories.

Send flowers to the Bowers family.