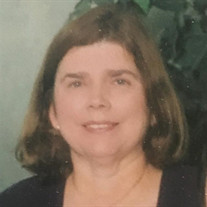 Janis R. Brandt, age 67, of Marion, IL, passed away with her family by her side at 9:03 PM on Friday, July 14, 2017, in St. Louis University Hospital of St. Louis, MO. She was born on Friday, October 21, 1949, in East Liverpool, OH the daughter of William and Ruth (Thompson) Edgell. Janis attended school in East Liverpool and was a graduate of Beaver Local High School Class of 1967. She went on and continued her education by attending The Ohio State University where she received her Bachelor in Education Degree in December of 1970. During this time at Ohio State she met the love of her life, James A. Brandt. They were united in marriage on Sunday, June 14, 1970, in East Liverpool and together they shared nearly 43 years of marriage until his death on Friday, June 7, 2013. Janis and Jim moved to Southern Illinois around 1976, and she continued her education at Southern Illinois University of Carbondale, IL where she received her Master in Education Degree. After receiving her degree she began teaching in the Business and Marketing Departments at SIU. While working she continued on with her education toward her doctorate degree. After completing all of her requirements she received her PHD in Higher Education and became a Professor for the School of Business at SIU until she retired. After that, she taught business and was Assistant Dean at Salisbury State College Franklin P. Purdue School of Business in Maryland and served as a consultant at the SIU College of Business. Janis was a long time member of Aldersgate United Methodist Church of Marion and member the Berean’s Sunday School Class. She always had room for books and book groups in her life, and turned that passion into community service as a member, for many years, of the Marion Carnegie Library Board of Trustees. She also served on boards for The United Way, and the American Lung Association. There were also trips to Europe and Mexico. And every year, there were road trips throughout the United States, usually to see her family which was such an important part of her life. She was interested in knowing about all of their many activities, especially those of her grandchildren. She always had photos to share with friends, and stories of the grandchildren's accomplishments and adventures. The many memories that were created will now be cherished by those she leaves behind. Among the memories: her love of the color pink, of opera, and of Lacey, her little companion dog. She is survived by her son and daughter-in-law, Douglas and Joanne (Hoffman) Brandt of VA; daughter and son-in-law, Julie (Brandt) and Colonel Thomas Bell, Ret. of TX; three grandchildren, Connor, Austin and Morgan Bell; brother and sister-in-law, Bruce and Gayle Edgell of OH; nephew, Steve Edgell of OH; three nieces, Stephanie Grafton, Lisa Thomas and Emily Brandt all of VA; four cousins, Carla Ball and her husband Hal of Maryland, Brenda Ball and her husband John of SC, Beth Hoffman and husband Ben of PA and Martha Strickland and husband Richard of FL; two brothers-in-law, Bob Brandt of GA and Steve Brandt and his wife Sharon of VA, other extended family and many friends. She was preceded in death by her parents and loving husband. Arrangements have been entrusted to Wilson-McReynolds Funeral Home, 900 N. Court St., Marion, IL. The visitation will be from 5:00 p.m. until 8:00 p.m. on Monday, July 17th at the funeral home. Visitation will resume from 10:00 a.m. until 11:00 a.m. on Tuesday, July 18, 2017, at Aldersgate United Methodist Church, located at 1201 N. Fair St., Marion. Following the time of visitation, the funeral service will be at 11:00 a.m. with Pastor Lance Leeds presiding. Interment will follow next to her parents on Saturday, July 29th in the afternoon in the Riverview Cemetery of East Liverpool, OH. For those who prefer, memorial contributions may be made to either or both; “Aldersgate United Methodist Church Building Fund” and “Marion Carnegie Library” and mailed in care of the funeral home, where memorial envelopes will be available and also at the church. For more information, call the funeral home at 618-993-2131.

The family of Janis Ruth Brandt created this Life Tributes page to make it easy to share your memories.

Send flowers to the Brandt family.