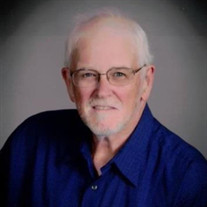 Jerry L. Cummins, age 79, of Creal Springs, IL, passed away at 5:55 p.m. on Saturday, January 22, 2022, in Herrin Hospital of Herrin, IL. He was born on November 4, 1942, in Metropolis, IL, the son of Louis “Buck” and Janie Evelyn (Clarida) Cummins. Jerry attended school at both Bremen and Chester, IL of Randolph County and was a graduate of Carterville, IL High School Class of 1960. Shortly after graduation he attended at the Vocational Technical Institute Program of Southern Illinois University of Carbondale, IL and received an Associate Degree in Business. After receiving his degree, he answered the call of the nation by serving in the United States Army from 1962 to 1966, and after his period of faithful service was honorably discharged with the rank of Sergeant. He was united in marriage to Gloria Jean Bledsoe on June 18, 1966, in the First Baptist Church of Chester, IL, and together they have shared nearly 56 years of marriage. Jerry began his long working career in computers and data processing with Amedco and lived in Springfield, IL for 19 years. His job moved him to Chesterfield, MO, and then in 1987, to Tomball, TX, near Houston, TX, working with Service Corporation International. He eventually retired around 2010, after nearly 42 years, and moved to Southern Illinois in May of 2011, to be near family. He was a member of Lake of Egypt Christian Church of the Lake of Egypt, IL. In his spare time, he enjoyed fishing and hunting and was on many hunting trips during his life and has many prize trophies in his home. He could build and repair just about anything he put his mind to. He enjoyed watching NASCAR, doing woodworking, projects around the house and taking camping trips on his motorcycle when he was younger. He spent hours researching on the computer and still enjoyed learning. He loved animals and always had a faithful dog companion by his side and enjoyed making people laugh. He loved his family and the many memories created will now be cherished by those he leaves behind. He is survived by his wife, Gloria J. Cummins of Creal Springs, IL; daughter, Kelly McMullen of Marion, IL; nephew who he considered as his son, Bob Biesterfeld of Chester, IL; brother-in-law, Frank Bledsoe and wife, Cheryl of Homosassa, FL, other extended family and many friends. He was preceded in death by his parents and sister, Janice Cox. Arrangements are entrusted to Wilson-McReynolds Funeral Home, 900 North Court Street, Marion, IL. The visitation will be from 10:00 a.m. to 11:00 a.m. on Thursday, January 27, 2022, at the funeral home. Following the time of visitation, the funeral service will be at 11:00 a.m. with Pastor Leroy Waggoner presiding. Military honors will then be accorded at the funeral home by members of Marion V.F.W. Heyde Pillow Post No. 1301 Funeral Honors Detail and members of the United States Army Funeral Honors Detail. The graveside committal service will follow at 2:00 p.m. in Paradise Cemetery, located on Illinois State Route 150 between Steeleville and Chester, IL. Those wishing to attend the graveside service should gather at the cemetery prior to 2:00 p.m. The family has requested for those who prefer, memorial contributions be made to; “Lake of Egypt Christian Church.” Memorial contributions may be mailed in care of Wilson-McReynolds Funeral Home, 900 N. Court Street, Marion, IL, 62959. Memorial contribution envelopes will be available at the funeral home. For additional information call the funeral home at 618-993-2131. Due to the executive order by the Governor of Illinois, for all those attending the visitation and funeral service inside, the wearing of a face mask and practice of social distancing is suggested.

The family of Jerry Lee Cummins created this Life Tributes page to make it easy to share your memories.

Send flowers to the Cummins family.