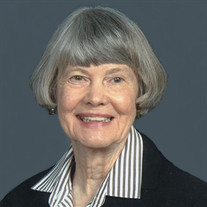 Joan S. Hatton, age 85, of Marion, IL passed peacefully at 9:42 a.m. on Tuesday, March 8, 2016, in Parkway Manor of Marion. She was born on Saturday, November 22, 1930, in Marion, IL, the daughter of Clarence and Lilian (Overbey) Mattox. Joan received her Bachelor’s Degree in Education, working as an Elementary School teacher until her retirement. She was first united in marriage to Norm Strubing. She later was united in marriage to Alton B. “Al” Hatton on Saturday, April 2, 1994, and together they shared 15 years of marriage until his death on Tuesday, June 2, 2009. Joan was a member of the Aldersgate United Methodist Church. In her spare time she enjoyed music and playing the piano and organ. She is survived by her son and daughter-in-law; Rodd and Evelyn Strubing of Crystal Lake, IL, two grandsons of Crystal Lake, IL; brother, James Mattox of Marion, IL; sister, Aileen Cover of Marion, IL, two nieces and one nephew other extended family and many friends. She was preceded in death by her parents and husband, Al. Arrangements for Joan S. Hatton were entrusted to Wilson-McReynolds Funeral Home, 900 N. Court St., Marion, IL. The visitation was from 1:00 p.m. until 2:00 p.m. on Friday, March 11, 2016, at the funeral home. Following the time of visitation the memorial service was at 2:00 p.m. with Rev. Dr. Tim Ozment presiding. The prelude and postlude were recorded musical selections. Special recorded vocal selections were “Amazing Grace” and “How Great Thou Art” both by Elvis Presley, and “On Eagles Wings” by Angela Birkhead-Flight. Interment will be at a later date in Rose Hill Cemetery of Marion, IL. For those who preferred, memorial contributions were made to “Marion Senior Citizens” and mailed in care of Wilson-McReynolds Funeral Home, P.O. Box 370, Marion, IL 62959. Memorial envelopes were available at the funeral home. For additional information please contact the funeral home by calling 618-993-2131.

The family of Joan S. Hatton created this Life Tributes page to make it easy to share your memories.

Send flowers to the Hatton family.