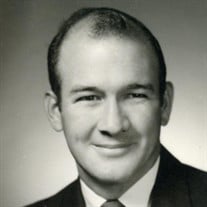 Johnnie V. Fisher, age 86, passed away peacefully on Sunday, November 8, 2020 at his home with his family near. He was born on Sunday, September 2, 1934 in Marion, IL, the son of Henry Adam Fisher and Madge Lenore (Moore) Fisher. He was a devoted son who truly enjoyed his parent’s company. He attended school in Marion and was a Marion High School graduate., Class of 1952. John answered the call of the nation by serving in the United States Army. He served in Germany, and was part of the 82nd Airborne Division, 1st Airborne Battle Group, 503rd Infantry and was a paratrooper. After a period of faithful service, he was honorably discharged with the rank of Specialist Fourth Class on January 13, 1959. He was united in marriage to Connie L. Sharpe on January 23rd, 1960, at the Arnold View Baptist Church, located south or Crab Orchard, IL. He was a loving husband whose goal was always to make Connie happy. They shared 60 years of marriage, and together, built a loving family. John was a man of Christian faith and attended the First Church of God in Marion before his health declined. His working career was as a carpenter and contractor. He has built many homes in the Marion area and took pride in what he built. He had his own business and everyone knew John was dedicated to his craft, he was hardworking and wanted all the jobs to be well done. He was a member of the Fellowship Masonic Lodge No. 89 A.F. & A.M. of Marion for over 55 years. He was also part of the Lake Creek Quail Club and a coach to many little league teams in the area. He loved being in the outdoors, especially fishing and bird hunting. He had the gift of creating special bonds with everyone he met. Those who knew him describe him as a good man with a big heart. He was also known for his bright blue eyes, smiles and hugs. John’s family was very important to him. His favorite times were when they could all be together. The many memories he helped create will now be cherished by those he leaves behind. He is survived by his wife, Connie Fisher of Marion, IL; two sons and one daughter, Paul Fisher and his wife Kathy of Marion, IL, Eric Fisher and his wife Faith of Johnston City, IL and Sabria Isaac and her husband Eric of Marion, IL; eight grandchildren, Lucas, Sarah and Eli Thompson, Malcom Isaac, and Erin, Jon, Aubrie and Owen Fisher; his brother and wife, William and Marilee of Austin, TX and other extended family and many friends. He was preceded in death by his parents, his sister and her husband, Carole and Ed Mach and his sister-in-law, Sue Stamper. Arrangements have been entrusted to Wilson-McReynolds Funeral Home, 900 N. Court St., Marion. The visitation will be from 5 p.m. until 7:00 p.m. on Wednesday, November 11, 2020, at the funeral home. The visitation will resume on Thursday, November 12, 2020 at 10:00 a.m. with the funeral service at 11:00 am. Following the time of visitation the funeral service will be at 11:00 a.m. with Rev. John Prather presiding. Masonic rites will be accorded at the beginning of the service by members of the Fellowship Masonic Lodge No. 89 A.F. & A.M. Interment will follow in the Rosehill Cemetery of Marion. Military honors will be accorded at the cemetery by the members of Heyde-Pillow V.F.W. Post No. 1301 of Marion, and members of the United States Army Funeral Honors Burial Detail. For those who prefer, memorial contributions may be made to “Hospice of Southern Illinois”. Memorial contributions may be mailed in care of Wilson-McReynolds Funeral Home, 900 N. Court Street, Marion, IL 62959. Memorial contribution envelopes will also be available at the funeral home. DUE TO HEALTH CONCERNS RELATED TO THE COVID-19 VIRUS AND BY THE SIGNING OF EXECUTIVE ORDER BY THE ILLINOIS GOVERNOR, if you are planning on attending the visitation or service it is REQUIRED you wear a mask and social distance yourself from others. For additional information call the funeral home at 618-993-2131.

Johnnie V. Fisher, age 86, passed away peacefully on Sunday, November 8, 2020 at his home with his family near. He was born on Sunday, September 2, 1934 in Marion, IL, the son of Henry Adam Fisher and Madge Lenore (Moore) Fisher. He was a... View Obituary & Service Information

The family of Johnnie V. Fisher created this Life Tributes page to make it easy to share your memories.

Send flowers to the Fisher family.