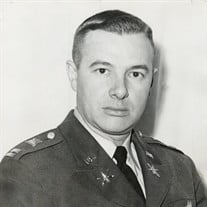 Lt. Col. Joseph R. Hocevar, age 83, of Marion, IL passed away peacefully with his family by his side at 9:11 p.m. on Friday, August 8, 2014, at his home. He was born on Tuesday, March 10, 1931, in Cleveland, OH the son of Joseph P. and Helen L. (Barstow) Hocevar. After high school, Joseph attended college at Ohio State University enrolling in the United States Army ROTC Program. After he received his Bachelor’s degree from Ohio State he began his 20 year career in the Army; traveling all over the world, doing one tour of duty in Korea and two tours of duty in Vietnam. While being stationed in northern Vermont he continued his graduate education by attending St. Michaels College near Burlington, VT and later while stationed at Fort Devens, MA he completed his Master’s degree at Fitchburg College in Fitchburg, MA. After 20 years of faithful service he retired from the United States Army with the rank of Lieutenant Colonel in 1975. After his retirement he moved back to southern Illinois buying a home in the country near Equality, IL. Shortly after moving back to Illinois he began his second career in education as a Guidance Counselor at Eldorado High School. He continued in this career for the next 20 years until his retirement in 1995. He remained in the Equality area until he moved to Marion in 2002. Joseph was united in marriage to Norma J. Hines in 1957 in Equality, IL and together they have shared the last fifty-seven years of marriage. He was a member of St. Joseph Catholic Church in Marion, IL. He also was a charter member of the Little Egypt Chapter of the Military Officers Association of America (MOAA) of Southern Illinois. After retirement he found enjoyment spending time with his family; always taking interest in their many activities, especially those of his grandchildren. In the fall he loved traveling and going to Ohio State Football games. The many memories that have been created will now be cherished by those he leaves behind. He is survived by his wife, Norma J. Hocevar of Marion, IL; three daughters and two sons-in-law, Jolene and Ernie Fowler of Harrisburg, IL, Joy and Frank Allen of Evansville, IN and Teresa Tarlton of Marion, IL; five grandchildren, USAF Major Justin Tarlton, Brandon Tarlton, Jamie Fowler, Michael Fowler and Ariel Allen; two great grandchildren, Landon Fowler and Kalena Tarlton, other extended family and many friends. He was preceded in death by his parents. Arrangements for Lt. Col. Joseph R. Hocevar were entrusted to the Wilson-McReynolds Funeral Home, 900 N. Court Street, of Marion, IL. The visitation for family and friends was on Monday, August 11th from 5:00 p.m. and 8:00 p.m. at the funeral home. Prior to the visitation a prayer service for the family was at 4:30 p.m. with Monsignor Thomas Flach and Father Richard Mohr presiding. The funeral mass was at 10:30 a.m. on Tuesday. August 12, 2014, at St. Joseph Catholic Church, located at 600 N. Russell St., Marion, IL, with Monsignor Thomas D. Flach and Father Richard Mohr presiding and Dorothy Machicao serving as the reader. The prelude and postlude musical selections were presented by organist, Alex Hendrickson. The musical selections of the mass were presented by Patricia Heckel serving as cantor, with organist, Alex Hendrickson accompanying. Following the mass, military honors were accorded at the church by members of Heyde-Pillow V.F.W. Post No. 1301, American Legion Post No. 147 and Illinois National Guard Flag Detail all of Marion, IL. Members of Heyde-Pillow V.F.W. Post No. 1301participating were Commander, Larry Largent; Chaplain, Dan Fruge; Officer of the Day, Pat Campbell; Bugler, Jim Grieme; Color Guard, Bill Rice and Jessie James; National Colors, Ernie Rinella; VFW Post Colors, Gene Broombaugh and Firing Squad, Don Burgrabe, Ralph DeVasier, Ron Ganzer, Bill Reynolds, Ron Russell, Jerry Swisher and George Trammel. Members of the Illinois National Guard Flag Detail participating in the folding of the flag were SGT Chris Morris, SGT Jeremie Moon, SPC Mike Thompson, SGT Ryan Melvin, SGT Jacob King and SPC Nathan Hooker. Presentation of the folded flag to Joseph’s wife, Norma was by SGT Jacob King. Entombment followed at Egyptian Memorial Gardens of Energy, IL. Pallbearers Brandon Tarlton, Michael Fowler, Jamie Fowler, Jim Frohock, Ernie Fowler and Frank Allen. Following the committal service at the mausoleum the family and friends gathered back at St. Joseph Catholic Church for a meal and continued time of fellowship and support. For those who preferred, memorial contributions were made to either “St. Joseph Catholic Church Building Fund” or “Hospice of Southern Illinois”. Memorial contribution envelopes were available at the funeral home or were mailed in care of Wilson-McReynolds Funeral Home, P.O. Box 370, Marion, IL, 62959. For additional information please contact the funeral home by calling 618-993-2131.

The family of Lt. Col. Joseph R. Hocevar created this Life Tributes page to make it easy to share your memories.

Send flowers to the Hocevar family.