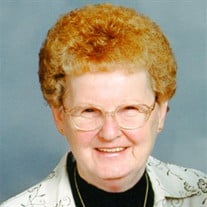 Judy A. Holmes, age 73, of rural Creal Springs, IL, passed away peacefully at 9:05 a.m. on Thursday, January 12, 2017, in Heartland Regional Medical Center of Marion, IL. She was born on Thursday, April 29, 1943, in Sullivan, IN, the daughter of Russell Theodore and Lois Glenn (Boone) Edds. Judy attended grade school in Linton, IN until her family moved to the Crab Orchard, IL area. She then attended at the Henshaw Grade School, located south of Crab Orchard and later at Crab Orchard High School where she was a graduate of the Class of 1961. Judy was united in marriage to Gordon Holmes on Saturday, January 4, 1964; in the home of her brother Teddy, located south of Crab Orchard and together they have shared over 53 years of marriage. Early in her working career she worked for several years at the Smoler Brothers’ Factory in Herrin, IL. Later in 1986, she began working at Walmart in Marion, and continued there for the next 16 years until her health forced her to retire in 2002. Judy was a lifetime member of the Church of Christ being baptized at the age of 12. She currently was a member and faithfully attended at the Church of Christ in Marion. She also was a member of the Modern Woodmen of America and in the past she was a member for many years of the University of Illinois Home Extension. In her spare time she enjoyed crocheting with many of her family and friends receiving as a gift an afghan, hand towels or a baby quilt that she had handmade. She was known as being an excellent seamstress with the ability to make just about anything. She also enjoyed living in the country and feeding the many birds. Her family was a very important part of her life and always was interested in their many activities and also enjoyed the many times they all would be together. The memories that have been created will now be cherished by those she leaves behind. She is survived by her husband, Gordon Holmes of Creal Springs; son and daughter-in-law, Kevin and Connie Holmes of Creal Springs; two daughters and one son-in-law, Kelli Holmes of Johnston City, IL and Kila and Randall Little of Creal Springs; five grandchildren, Kayla Johnson of Harrisburg, IL, Kerrigan Holmes of Energy, IL, Becky Johnson and husband Garrett of Carterville, IL, Hadley Holmes of Creal Springs and Zachary Johnson who is currently serving in the United States Army; great grandson, Mason Henry of Dykersburg, IL; sister and brother-in-law, Peggy and Don Richey of Crab Orchard; brother, Teddy Edds of Crab Orchard, several nieces and nephews, other extended family and many friends. She was preceded in death by her parents; daughter, Karen Ann Smith on July 4, 2016; brother, Donnie Edds and a special cousin, Guy Edds who was like a brother. Arrangements for Judy Ann Holmes were entrusted to Wilson-McReynolds Funeral Home, 900 N. Court St., Marion, IL. The visitation was from 2:00 p.m. until 5:00 p.m. on Sunday, January 15th at the funeral home. During the time of visitation a “Reflection of Life” DVD Memorial Tribute featuring special people, places and events in Judy’s life was presented to the family and friends. The funeral service was at 11:00 a.m. on Monday, January 16, 2017, at Wilson-McReynolds Funeral Home, 900 N. Court St., Marion, IL, with Pastor Bill Brandstatter presiding. Special musical selections presented during the service acappella were “Precious Memories”, “God’s Family” and “Rock of Ages” as congregational hymns and led by Don Richey. Also presented acappella was the musical selection “Go Rest High on That Mountain” by Dana Morris and Don Richey. The service concluded with the recorded musical selection “Wind Beneath My Wings” by Bette Midler being presented as a postlude selection. Interment followed in Mount Pleasant Cemetery, also known as Shed Cemetery, located south of Crab Orchard, IL. Pallbearers were Phil Swan, Brent Swan, Garrett Johnson, Anthony Holmes, Don Richey and Tim Morris. Following the committal service at the graveside the family and friends gathered at the Church of Christ in Marion, for a meal and continued time of fellowship and support. For those who preferred, memorial contributions were made to either or both, “Church of Christ” or “Mount Pleasant Cemetery” and mailed in care of Wilson-McReynolds Funeral Home, 900 N. Court Street, Marion, IL 62959. Memorial envelopes were available at the funeral home. For additional information please contact the funeral home by calling 618-993-2131.

The family of Judy Ann Holmes created this Life Tributes page to make it easy to share your memories.