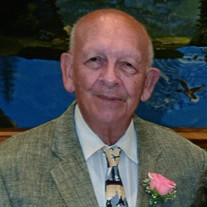 Keith Frick, age 74, of Marion, IL passed away suddenly at 3:45 p.m. on Monday, September 26, 2016, while out fishing in rural Johnson County, IL. He was born on Monday, March 23, 1942, in Herrin, IL, the son of Clarence and Pauline (Grounds) Frick. Keith attended school in Marion and was a graduate of Marion High School Class of 1960. He continued his education by attending Southern Illinois University in Carbondale, IL where he received his Master’s Degree in Government and History in 1965. He was united in marriage to Margaret Marie Peak on Saturday, August 14, 1965, in Shawneetown, IL and together they have shared over 51 years of marriage. His working career was with the Danville Community High School in Danville, IL, where he taught History and Government for 18 years. Also while living in Danville he worked for the Commercial News Newspaper. He moved back to Marion in 1992, and began substitute teaching for the Marion Unit II School System for many years. Keith is a member of the Marion Independent Baptist Church of Marion. He also was proud of and enjoyed being a part of his very large extended “Grounds Family”. He always kept busy and had many different interests and some would call “Passions”. Some of them were; fishing and selling tackle, providing the fish for the many large gatherings; playing cards, especially Pinochle and Blitz, camping at Camp Walter Scott in Effingham, IL, always being concerned with the education of today’s youth, keeping up with the current events, listening to his wife play the piano even though he did not recognize any note on the page, attending and the sharing funny stories at the annual “Ground’s Family Reunion” and the Easter Fish Fry at the “Ragain Home” and he was an avid reader and buying special books for his great nieces and nephews all year long. The many memories that have been created will now be cherished by those left behind. He is survived by his wife, Margaret Frick; brother and sister-in-law, Steven W. and Donna Frick of Russellville, AR; sister, Paula Frick Kobler of Marion; two nieces, Jeanine Ragain and her husband Brad of Marion and Fawn Dykes and her husband David of DeQueen, AR; two nephews, Jim Frick and his wife Michelle of Raleigh, NC and David Frick and his wife Tina of Canyon Lake, TX, nine great nieces and nephews; his 4 legged constant companion, Snickers, other extended family and many friends. He was preceded in death by his parents; brother-in-law, Richard Kobler; sister-in-law, Jane Ann Frick; nephew, Allen R. Kobler; half sister-in-law, Darlus Nordmeyer and half brother-in-law, Robert Peak. Arrangements for Keith Frick were entrusted to Wilson-McReynolds Funeral Home, 900 N. Court St., Marion, IL. The visitation was from 5:00 p.m. until 8:00 p.m. on Thursday, September 29th, at the funeral home. During the time of visitation a “Reflection of Life” DVD Memorial Tribute featuring special people, places and events in Keith’s life was presented to the family and friends. The funeral service was at 11:00 a.m. on Friday, September 30, 2016, at Wilson-McReynolds Funeral Home, 900 N. Court St., Marion, IL, with Rev. Keith L. Rankin presiding. Comments of memory were presented by Keith’s brother Steve. The prelude and postlude musical selections were presented by pianist, Lori Creamer. Special vocal musical selections presented during the service were “A Mighty Fortress Is Our God” as a congregational hymn being accompanied by pianist, Lori Creamer and “Because He Lives” and “Oh That Will Be Glory” both by vocalist, Lori Creamer who accompanied herself on the piano. Interment followed near his parents in Maplewood Cemetery of Marion. Honorary pallbearers were Charles Heislee, Eugene Stillwell and Harold Short. Active pallbearers were Jerry Reach, Ray “Bougie” Goodman, Stephen Smith, David Dykes, Brad Ragain and Terry Farner. Following the committal service at the cemetery the family and friends gathered at the Marion Independent Baptist Church for a meal and continued time of fellowship. For those who preferred, memorial contributions were made to “The Marion Independent Baptist Church,” and mailed in care of Wilson-McReynolds Funeral Home, 900 N. Court Street, Marion, IL 62959. Memorial envelopes were available at the funeral home. For additional information please contact the funeral home by calling 618-993-2131.

The family of Keith Frick created this Life Tributes page to make it easy to share your memories.

Send flowers to the Frick family.