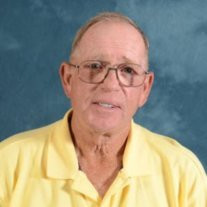 Kenneth W. “Kenny” Strobel, age 67, of Marion, IL, passed away peacefully at 6:43 a.m., Saturday, July 6, 2013, at his home. He was born on Sunday, October 7, 1945, in West Frankfort, IL the son of Herman and Lucille (Gulledge) Strobel. Kenny attended school in Marion and was a graduate of Marion High School in 1963. Following graduation he answered the call of this nation by serving in the United States Army during the period of the Vietnam War. He completed his military training in Alaska and after his term of faithful service was honorably discharged. Kenneth was united in marriage to Elizabeth “Liz” Allen on Saturday, June 18, 1966, in the First Christian Church of Marion, IL and together they have shared the last forty-seven years of marriage. Kenny’s telephone company working career was nearly forty-four years as a repairman and installer with what was known as General Telephone and later Verizon. He has been a member of the Marion Third Baptist Church since he was a young man. Some of his other memberships include being a current board member of the Marion Park District, having served a total of eighteen years. He also has served for many years on the Marion Youth Baseball Board, Marion Recreation Board, Marion TIF Board, a member of IBEW Local No.702 where he once served as a union steward and was a past member of both the Marion VFW Heyde-Pillow Post No. 1301 and the Marion Elks B.P.O.E. No. 800. Some of his other interests that he found enjoyable were; quail hunting when he was younger, living on the edge of town in the country and sitting behind his home on the hill overlooking the fields and watching the cattle, hay baling time, barbequing and smoking chickens, ribs and pork butts and visiting with friends while they cooked, was an avid Cardinal Baseball and Fighting Illini fan, working on special projects out in his garage and lately restoring his Candy Apple Red with Silver Fins 1955 Chevy and taking it to the area’s car shows. The many memories that have been created will now be cherished by those he leaves behind. He is survived by his wife, Elizabeth “Liz” Strobel of Marion, IL; two sons and daughter-in-law, Matthew A. and Cynthia Strobel and John Wayne Strobel all of Marion, IL; grandson, Tyler Strobel and two granddaughters, Taylor and Ashlyn Strobel all of Marion, IL, other extended family and many friends. He was preceded in death by his parents and brother, William H. Strobel who lived in Texarkana, TX. Arrangements for Kenneth W. “Kenny” Strobel were entrusted to Wilson-McReynolds Funeral Home, 900 N. Court St., Marion IL. The time of visitation for family and friends was on Wednesday, July 10th, from 4:00 p.m. until 8:00 p.m. at the funeral home. During the time of visitation a “Reflection of Life” DVD Memorial Tribute featuring special people, places and events of Kenny’s life was presented to the family and friends. The funeral service was at 2:00 p.m. on Thursday, July 11, 2013, at Wilson-McReynolds Funeral Home with Rev. John Howat presiding. The prelude and postlude musical selections were recorded piano selections. Special recorded musical selections presented during the service were “Amazing Grace” by Elvis Presley, “When I Get Where I’m Going” by Brad Paisley and “Go Rest High on That Mountain” by Vince Gill. Interment followed in Rose Hill Cemetery of Marion, IL. Pallbearers were Jim Holderfield, Rylan Gooch, Tyler Strobel, Bob Purnell, Holbert Boyles and Jeff Travelstead. Military honors were accorded at the graveside by members of Heyde-Pillow V.F.W. Post No. 1301, American Legion Post No. 147 and Illinois National Guard Flag Detail all of Marion, IL. Those participating were Commander, Larry Largent; Chaplain, Dan Fruge; Officer of the Day, Pat Campbell; Bugler, Bill Hatfield; National Colors, Ernie Rinella; Color Guard, Bill Rice and Jessie James and Firing Squad, Wayne O’Connor, Ron Russell, Bill Reynolds, Fred Read, Bill Hampsey, Ron Ganzer and Don Burgrabe. Members of the Illinois National Guard Flag detail participating in the folding of the flag were PVT William Ott and PV2 Justin Sheffler. Presentation of the folded flag to Kenny’s wife, Elizabeth was by PVT William Ott. Following the committal service at the cemetery the family and friends gathered at the Third Baptist Church of Marion, for a meal and continued time of fellowship and support. For those who preferred, memorial contributions were made to “Hospice of Southern Illinois”. Memorial contribution envelopes were available at the funeral home or were mailed in care of Wilson-McReynolds Funeral Home, P.O. Box 370, Marion, IL, 62959. For additional information please contact the funeral home by calling 618-993-2131.

The family of Kenneth Wayne "Kenny" Strobel created this Life Tributes page to make it easy to share your memories.