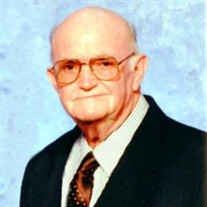 Kent Eugene Vaughn, age 83, of Marion, IL, passed away peacefully with his family by his side at 9:25 p.m. on Wednesday, April 5, 2017 at the Veteran’s Administration Community Living Center of Marion. Kent was born Sunday, October 29, 1933, in Dorrisville, IL, the son of Fred and Bernice (Kent) Vaughn. Kent answered the call of this nation by enlisting into the United States Marine Corps on July 11, 1951, during the time of the Korean War and was involved in two major battles, and after his period of faithful service was honorably discharged on July 21, 1954, with the rank of Corporal. Following his time of service, he moved to California. There he worked as a chief mechanic for Messenger Courier Service in Colton, CA. Kent was united in marriage to Mary Beth Hogg on Friday, March 31, 2000, in Las Vegas, NV, and together they have shared over 17 years of marriage. He was a member of St. Michael’s Orthodox Catholic Church of San Diego, CA. He also was a member of the Disabled American Veterans, the National Rifle Association, and the American Legion Post No. 2910 of California. He is survived by his wife, Mary Beth Vaughn of Marion; three daughters and two sons-in-law, Tange and Derek Colunga of Menifee, CA, Judy Mangione of Mesa, AZ, and Barbara and Rick James of Sun City, CA; two sons and daughters-in-law, Keith and Micky Vaughn of Rialto, CA and Raymond and Shelley Vaughn of Bend, OR; fifteen grandchildren; seventeen great-grandchildren; two step-children; Genola Hodge and her husband Chuck of Booneville, MO and Brad Murphy and his wife Rhonda of Marion; three step-grandchildren, Blayne Murphy and his wife Kendra, Dalton Hodge, and Genae Hodge; other extended family and many friends. He was preceded in death by his parents and daughter, Margret Carpentiero. Arrangements for Kent Eugene Vaughn have been entrusted to Wilson-McReynolds Funeral Home, 900 N. Court St., Marion, IL. The visitation will be from 2:00 p.m. to 3:00 p.m. on Sunday, April 9, 2017 at the funeral home. Following the time of visitation, the funeral service will be at 3:00 p.m. with Pastor David Thompson presiding. Interment will follow in Sunset Lawn Cemetery of Harrisburg, IL. Military honors will be accorded at the graveside by members of American Legion Post No. 167 of Harrisburg, American Legion Post No. 364 of Carrier Mills, and members of the United States Marine Corps Funeral Honor Detail. For those who prefer, memorials may be made to “Hospice of Southern Illinois” and mailed in care of Wilson-McReynolds Funeral Home, 900 N. Court St., Marion, IL 62959. Envelopes will be available at the funeral home. For additional information call the funeral home at 618-993-2131.

Kent Eugene Vaughn, age 83, of Marion, IL, passed away peacefully with his family by his side at 9:25 p.m. on Wednesday, April 5, 2017 at the Veteran&#8217;s Administration Community Living Center of Marion. Kent was born Sunday, October 29,... View Obituary & Service Information

The family of Kent Eugene Vaughn created this Life Tributes page to make it easy to share your memories.

Send flowers to the Vaughn family.