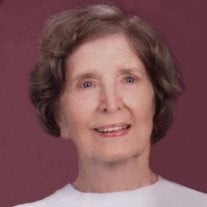 Lucille Horvath, age 95, of Marion, IL, formerly of Zeigler, IL, passed away at 5:10 p.m. on Friday, February 21, 2014, in the Good Samaritan Hospital of Mt. Vernon, IL. She was born on Tuesday, October 29, 1918, in DuQuoin, IL the daughter of Roy McPherson Keller and Ethel Bernice (Campbell) Keller. She was united in marriage to Frank Horvath on Saturday, October 5, 1940, and together they shared over thirty-seven years of marriage until his death on Saturday, July 29, 1978. Lucille grew up in Christopher, IL and was a graduate of the Christopher High School. For many years she was a member of the First Baptist Church of Zeigler, IL, a former member and Past Worthy Matron of the Eastern Star and White Shrine of Jerusalem, former member of Delta Theta Tau Sorority and former member of the Zeigler Women’s Club all of Zeigler, IL and a member of the Marion Senior Citizens Center. She is survived by her friend and companion, Lester Lawrence of Marion, IL; granddaughter, LuAnn Brigham of Albers, IL; two grandsons, William Wagner, III and his wife, Heather of Marion, IL and Jeff Blair of Missoula, Montana; six great grandchildren, Jessica Oldham and husband, Ryan, Jada Brigham, Lexi Wagner, William Wagner, IV, Zander Wagner and Niki Wagner, other extended family members and many friends. She was preceded in death by her parents; husband, Frank; daughter, Faye Blair and brother, William Keller. Arrangements for Lucille Horvath were entrusted to Wilson-McReynolds Funeral Home, 900 N. Court St., Marion, IL. A time of visitation for family and friends was on Friday, February 28th from 9:30 a.m. until 11:00 a.m. at the funeral home. Following the time of visitation the funeral service was at 11:00 a.m. on Friday, February 28, 2014, at Wilson-McReynolds Funeral Home with Pastor Benjamin Potter presiding. The prelude and postlude musical selections were recorded piano selections. Special recorded vocal musical selection presented during the service were “Amazing Grace” by Elvis Presley, “What a Day That Will Be” by Brian Free, “No Place That Far” by Sarah Evans and “Go Rest High on That Mountain” by Vince Gill. Interment followed in Sunset Memorial Park located north of DuQuoin, IL. Pallbearers were Ryan Oldham, William Wagner III, William Wagner IV and Dwight Gizzard. For those who preferred, memorial gifts in memory of Lucille Horvath were made to “Marion Senior Citizens Center”. Memorial contribution envelopes were available at the funeral home or were mailed in care of Wilson-McReynolds Funeral Home, P.O. Box 370, Marion, IL 62959. For additional information please contact the funeral home by calling 618-993-2131.

The family of Lucille Horvath created this Life Tributes page to make it easy to share your memories.

Send flowers to the Horvath family.