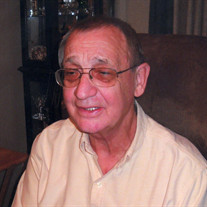 Matt K. Maier, age 71, of Marion, IL, formerly of the Carbondale area, passed away peacefully with his family by his side at 12:40 p.m. on Friday, April 17, 2015, in Barnes Hospital of St. Louis, MO. He was born on Sunday, May 2, 1943, in Teisendorf, Germany the son of Mathias and Maria (Zenz) Maier. He was of the Catholic faith. Matt came to the United States at the age of 16, to pursue his American dream and settled in Beacon, NY. He finished his education in Beacon and was a graduate of Beacon High School. He was united in marriage to Susan Tomlins on Saturday, February 12, 1966, in Danbury, CT, and together they have shared over 49 years of marriage. He and Susan moved to Southern Illinois in 1966, for Matt to begin his working career at Tesa Tape Company in Carbondale, IL. He enjoyed his career and eventually became plant manager and after 30 years decided to retire in 1997. Being one that always kept busy, after 1 year of retirement he began a new career in the restaurant business buying Mugsy McGuires of Carbondale and owned and operated it for the next 11 years until 2008. Matt always wanted to be a cowboy and in 1970, he started a horse farm specializing in Thoroughbred Race Horses. The love he had for horses brought him great enjoyment. While living in the Carbondale area he was also recognized by the businessmen of the area with the award “Carbondale Business Man of the Year”. Matt had many other activities during his lifetime but his family was always a very important part of his life, encouraging and taking interest in their many activities. The many memories that have been created will now be cherished by those he leaves behind. He is survived by his wife, Susan C. Maier of Marion; daughter and son-in-law, Lisa and Bill Henson of Marion; son and daughter-in-law, Stephen and Kim Maier of Carbondale, IL; grandson, Derek R. Holland and granddaughter, Rachel Holland both of Marion, five brothers and sisters living in Germany; two sisters-in-law, Judy Trankle and husband, Cody of Marion and Sandy Eller and husband, Don of Crossville, TN, other extended family and many friends. He was preceded by his parents. Arrangements for Matt Maier were entrusted to the Wilson-McReynolds Funeral Home, 900 N. Court Street, of Marion, IL. Visitation was from 5:00 p.m. until 8:00 p.m. on Monday, April 20th, at the funeral home. The funeral service was at 11:00 a.m. on Tuesday, April 21, 2015, at Wilson-McReynolds Funeral Home, with good friend Robbie Church presiding. Comments of memory were presented by Matt’s son-in-law, Bill Henson. The prelude and postlude musical selections were recorded piano selections. Special recorded vocal musical selection presented during the service was “Run for the Roses” by Dan Fogelberg. Interment followed in Rose Hill Cemetery of Marion, IL. Pallbearers were Robbie Church, Andy Church, Lyndell Church, Derek Holland, Bill Henson and Don Eller. For those who preferred, memorial contributions were made to either “American Heart Association” or “American Cancer Society”. Memorial contribution envelopes were available at the funeral home or were mailed in care of Wilson-McReynolds Funeral Home, P.O. Box 370, Marion, IL 62959. For additional information please contact the funeral home by calling 618-993-2131.

The family of Matt K. Maier created this Life Tributes page to make it easy to share your memories.

Send flowers to the Maier family.