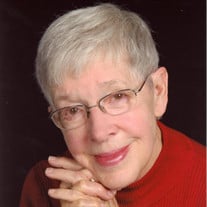 Maxine R. Hurley, age 89, of Marion, IL, passed away at 2:19 p.m. on Sunday, August 2, 2020, at her home. She was born on Monday, August 25, 1930, in Benton, IL, the daughter of Frank and Jessie (Rose) Garvin. Maxine attended school in West Frankfort, IL, and was a graduate of West Frankfort High School Class of 1948. She was united in marriage to Donald R. Hurley on Saturday, April 4, 1964, in West Frankfort, and together they shared over 33 years until his death on Tuesday, November 18, 1997. Maxine and her husband owned and operated United Acceptance Service and Budget Counseling Services both of Marion, until their retirement in 1994. After her husband’s death in 1997, Maxine wanted to keep active and with her expert sewing ability she started doing alterations, on most everything, from her home. She was a longtime active member of the Third Baptist Church of Marion. In her spare time she enjoyed sewing, bowling, gardening, tending to her yard and flowers and was a collector of Precious Moments Figurines. She was an avid St. Louis Cardinal fan and enjoyed watching SIU Men’s Basketball on television. She is survived by her daughter, Delores R. Hurley of Springfield, IL, other extended family and many friends. She was preceded in death by her parents, husband and brother, Earl Garvin. Arrangements were entrusted to Wilson-McReynolds Funeral Home, 900 N. Court St., Marion. The time of visitation was from 5:00 p.m. until 7:00 p.m. on Wednesday, August 5th at the funeral home. Continued on the Reverse Side The funeral service was at 11:00 a.m. on Thursday, August 6, 2020, at Wilson-McReynolds Funeral Home with Chaplain Andrew Hastie presiding. Comments of memory were presented by Maxine’s daughter, Delores Hurley. The prelude and postlude musical selections were recorded piano selections. Special recorded vocal musical selections presented during the service were; “How Great Thou Art” by Elvis Presley, “Old Rugged Cross” by Alan Jackson, “Mom” by Donna Taggart and “Amazing Grace” by The Statler Brothers. Interment followed next to her husband in Denning Cemetery located west of West Frankfort. For those who preferred, memorial contributions were made to either or both “St. Jude Children’s Hospital” and/or “Hospice of Southern Illinois”. Memorial contributions were mailed to the Wilson-McReynolds Funeral Home, 900 North Court St., Marion, IL 62959. Memorial contribution envelopes were available at the funeral home. DUE TO HEALTH CONCERNS RELATED TO THE COVID-19 VIRUS AND BY THE SIGNING OF EXECUTIVE ORDER BY THE ILLINOIS GOVERNOR, it was recommended if you were planning on attending the visitation or service please wear a mask and social distance yourself from others. For additional information please call 618-993-2131.

The family of Maxine R. Hurley created this Life Tributes page to make it easy to share your memories.

Send flowers to the Hurley family.