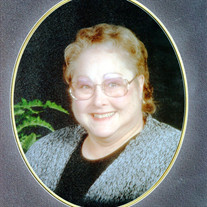 Melinda S. Jean, age 68, of Marion, IL, passed away peacefully with her family by her side at 9:53 p.m. on Friday, March 17, 2017, in Deaconess Hospital of Evansville, IN. She was born on Monday, August 2, 1948, in Marion, IL, the daughter of John K. and Venita Nadine (White) Miller. Melinda attended school in Marion and was a graduate of Marion High School. She continued with her education by attending at the University of Central Missouri in Warrensburg, MO. She was first united in marriage to Wayne “Lee” Rudolph, and this union was blessed with two children; Shari and John. She later was united in marriage to Jerry K. Jean on Saturday, June 12, 1999, in the First Christian Church of Herrin, IL, and together they have shared nearly 18 years of marriage. Early in her working career she worked for several accountants of the area. She later began working in the Williamson County Treasurer’s Office where she remained for nearly 20 years until her retirement at the end of 2014. Melinda also found great enjoyment managing her home and seeing to the needs of her family. She was an active member of the Heartland Christian Church of Marion and enjoyed attending bible studies. In her spare time she volunteered with several area civic organizations and served on various committees. She also enjoyed shopping and going out to eat with her daughter. Melinda loved her family and was always interested in all of their activities, especially those of her grandchildren. The many times they have shared together and the memories that were created will now be cherished by those she leaves behind. She is survived by her husband, Jerry K. Jean of Marion; daughter and son-in-law, Shari and Scott Gamble of Marion; son, John Rudolph of Paducah, KY; two step-sons and their wives, Gary and Cindy Jean of Marion and Jason and Sheri Jean of Crab Orchard, IL; eight grandchildren, Morgan and Landon Gamble of Marion, Austin and Alexis Rudolph of Metropolis, IL, Nathan and Christian Jean of Marion and Sarah and Joshua Jean of Crab Orchard; aunt, Faye Mazzara of Springfield, IL, other extended family and many friends. She was preceded in death by her parents and sister, Anita Kay Miller who passed away on February 12, 1965. Arrangements for Melinda S. Jean were entrusted to Wilson-McReynolds Funeral Home, 900 N. Court St., Marion, IL. The visitation was from 4:00 p.m. until 7:00 p.m. on Tuesday, March 21st at the funeral home. During the time of visitation a “Reflection of Life” DVD Memorial Tribute featuring special people, places and events in Melinda’s life was presented to family and friends. The funeral service was at 11:00 a.m. on Wednesday, March 22, 2017, at Wilson-McReynolds Funeral Home with Pastor Greg Gibbs presiding. The prelude and postlude musical selections were presented by pianist, Lori Creamer. Special vocal musical selections presented during the service were “Amazing Grace”, “In the Garden” and “It Is Well With My Soul” all by Lori Creamer who accompanied herself on the piano. Interment followed in Rose Hill Cemetery of Marion. Pallbearers were Scott Gamble, Morgan Gamble, Jason Jean, Brad Gamble, David Gamble and Gary Jean. Following the committal service at the cemetery the family and friends gathered at the Heartland Christian Church for a meal and continued time of fellowship and support. For those who preferred, memorial contributions were made to, “The American Cancer Society” and mailed in care of Wilson-McReynolds Funeral Home, 900 N. Court Street, Marion, IL 62959. Memorial envelopes were available at the funeral home. For additional information call the funeral home at 618-993-2131.

The family of Melinda S. Jean created this Life Tributes page to make it easy to share your memories.

Send flowers to the Jean family.