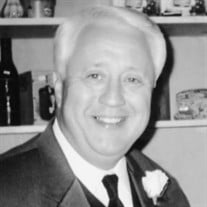 Michael Forest Heath, age 71, of Marion, IL, formerly of the Pontiac, IL area, passed away peacefully surrounded by his family at 8:23 p.m. on Sunday, May 20, 2018 in Heartland Regional Medical Center of Marion. He was born on Wednesday, July 31, 1946 in Pontiac, IL, the son of Forest Milton and Marie Vera (Pate) Heath. Michael attended school in Pontiac and was a graduate of Pontiac Township High School Class of 1964. Following graduation he continued his education at Illinois State University of Normal, IL where he received his Bachelor Degree in Education. All during his high school and college years he was involved with the school choirs. During his college years Michael answered the call of this nation by serving in the Army Reserves and after his period of faithful was honorably discharged. He was united in marriage to Maureen Diane Pike on Saturday, June 15, 1968, in the Methodist Church of McDowell, IL and together they shared over 32 years of marriage until her death on Saturday, November 25, 2000. Michael’s working career early in his lifetime was with Interlake Steel in Pontiac for several years. He and Maureen moved from Pontiac to Marion in 1980, and soon he began working for Allen Industries of Herrin, IL. He later became Director of Payroll and Disbursements at Southern Illinois University of Carbondale, IL and remained there for 20 plus years until his retirement around 2002. After his retirement he still wanted to be active helping others and began working at the White Medical Center in Carmi, IL with their Human Resource Department. He later became Director of the Franklin County Regional Economic Development Corporation in Benton, IL. He also helped open and manage Shawnee Winery and worked for Jackson Hewitt Tax Service both in Vienna, IL. He later began working as Director for Good Samaritan Ministries in Carbondale, IL until his retirement in 2017. Michael was a member of St. Joseph Catholic Church of Marion. He also was a former member and Past President of the Marion Kiwanis Club. In his spare time he enjoyed bargain hunting. He was always interested in tools and machinery, what he called “Gadgets,” and could tell you what all they could do. He also enjoyed watching movies, especially westerns, listening to all kinds of music and was an excellent trivia player, knowing a little bit about everything. He was a very social person and loved being around people and enjoyed the “Wednesday Afternoon” and “Friday Morning” breakfast groups. His family was a very important part of his life and was always interested in their many activities. The memories created will now be cherished by those he leaves behind. He is survived by his daughter and son-in-law, Megan M. and James K. Mitchell of Overland, MO; sister and brother-in-law, Kathryn K. and James Sutter of Fairbury, IL; brother-in-law and sister-in-law, Robert T. “Terry” and Sunny Pike of Marion; long time special friend, Alice Rix of Marion, several nieces and nephews, other extended family, and many friends. He was preceded in death by his parents and his wife. Arrangements for Michael F. Heath were entrusted to Wilson-McReynolds Funeral Home, 900 N. Court St., Marion. The visitation was Thursday, May 24th from 5:00 p.m. until 8:00 p.m. at the funeral home. During the visitation a “Reflection of Life” DVD Memorial Tribute was presented to the family and friends and featured special people, places, and events of Michael’s life. The funeral service was at 10:30 a.m. Friday, May 25, 2018 at Wilson-McReynolds Funeral Home with Rev. Monsignor Thomas Flach, V.F. presiding. The prelude and postlude musical selections were recorded piano selections. Special recorded musical selecitons presented during the service were “Precious Memories” by Jim Reeves, “How Can I Keep From Singing?” by Enya, and “How Great Thou Art” by Elvis Presley. Interment followed next to his wife in Rose Hill Cemetery of Marion. Those serving as pallbearers were John Pike, Steve Pike, Gail Simmons, Phil Sylvester, Galen Thomas, Bob Mitchell, and Rick Hubert. Following the graveside committal service at the cemetery family and friends gathered at the Family Life Center at St. Joseph Catholic Church for a meal and continued time of fellowship and support. For those who preferred memorial contributions were made to “The Multiple Sclerosis Society” and mailed in care of Wilson-McReynolds Funeral Home, 900 N. Court Street, Marion, IL 62959. Memorial envelopes were available at the funeral home. For additional information call the funeral home at 618-993-2131.

Michael Forest Heath, age 71, of Marion, IL, formerly of the Pontiac, IL area, passed away peacefully surrounded by his family at 8:23 p.m. on Sunday, May 20, 2018 in Heartland Regional Medical Center of Marion. He was born on Wednesday, July... View Obituary & Service Information

The family of Michael Forest Heath created this Life Tributes page to make it easy to share your memories.

Send flowers to the Heath family.