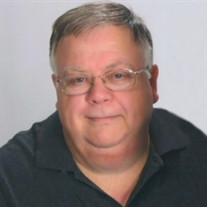 Mickey G. Hindman, age 73, of Marion, IL passed away peacefully with his family by his side at 3:21 p.m. Saturday, February 3, 2018 in Baptist Health, of Paducah, KY. He was born September 9, 1944, in Anna, IL to Pat and Olive (Casper) Hindman. He grew up in Anna and graduate from Anna Jonesboro High School in 1962 and attended Southern Illinois University before entering his long career in insurance. He was united in marriage to Rita Sue Nelson on January 8, 1965 in Jonesboro, IL and together they shared over fifty-three years of marriage. He worked in various capacities for the insurance industry from 1966 – 2009. He was a member of Big Creek Baptist Church of Anna, IL. He enjoyed hunting, fishing, and playing golf, but his greatest enjoyment was spending time with his family. He is survived by his wife, Rita S. Hindman of Marion, IL; two daughters and sons-in-law, Tiffany and Michael Parker of Cape Girardeau, MO and Michelle and Dennis Sourbis of Stonefort, IL; five grandchildren, Adam Parker, Derek Parker, Stephanie Scholz, Alayna Scholz and Tealla Sourbis; and one brother and sister-in-law, Randy and Penny Hindman of Anna, IL. He was preceded in death by his parents and two brothers, Bill and Terry Hindman. Arrangements for Mickey G. Hindman were entrusted to Wilson-McReynolds Funeral Home, 900 N. Court St., Marion. The visitation was from 5:00 p.m. until 8:00 p.m. on Saturday, February 10th, at the funeral home.During the visitation a “Reflection of Life” DVD Memorial Tribute was presented to the family and friends and featured special people, places, and events of Mickey’s life. The funeral service was at 2:00 p.m. on Sunday, February 11, 2018, at Wilson-McReynolds Funeral Home with Pastor Larue Parr presiding. The prelude and postlude musical selections were presented by pianist, Lori Creamer. Special vocal musical selection presented during the service was “What a Day That Will Be” by Lori Creamer who accompanied herself on the piano. Special recorded vocal musical selection presented during the service was “When the Saints Go Marching In” by Louis Armstrong Interment followed in Friendship Cemetery of Dongola, IL. Those serving as pallbearers were Adam Parker, Derek Parker, Bill Taylor, Kim Hindman, Chet Hindman, Jake Hindman, Remington Hindman, and Thomas Corbit. Following the graveside committal at the cemetery family and friends gathered at the Big Creek Baptist Church of Anna for a meal and continued time of fellowship and support. For those who preferred, memorial contributions were made to “St. Jude Children’s Hospital” and mailed in care of Wilson-McReynolds Funeral Home, 900 N. Court Street, Marion, IL 62959. Memorial envelopes were available at the funeral home. For additional information call the funeral home at 618-993-2131.

The family of Mickey G. Hindman created this Life Tributes page to make it easy to share your memories.

Send flowers to the Hindman family.