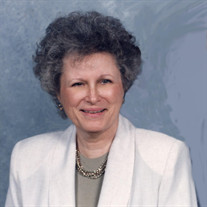 Myrna G. Geittmann, age 91, of Marion, IL, passed away peacefully with her family by her side at 11:27 pm. on Monday, September 16, 2019, at her home in the Hurricane Creek Senior Living Center of rural Herrin, IL. Myrna was born on Monday, March 12, 1928, in Marion, IL. She was raised by her stepfather, whom she considered her father, and mother, Lincoln Lawrence “Link” and Grace (Byrn) Fowler. She attended school in Marion and was a graduate of Marion High School Class of 1946. After graduation she began working at Sangamo Electric, in the Ordill area west of Marion, for several years. It was there that she met her future husband, John. Myrna was united in marriage to John William Geittmann, on Saturday, July 2, 1949, in Piggott, Arkansas, and together they shared over 61 years of marriage until his death on Tuesday, December 17, 2010. After their marriage; John and Myrna, owned and operated a newspaper delivery service of many of the nation’s leading daily papers including; St. Louis Post Dispatch, Wall Street Journal and many others. Later she began working as a school bus driver for the Williamson County Education Services for approximately 18 years until her retirement. She was an active member of Zion United Church of Christ of Marion and participated in the Deborah Circle of the church and was very active in LOGOS, a youth activity program. In her spare time she enjoyed cooking, baking, crocheting, knitting, sewing, crafting and creating floral arrangements. She was a lover of animals, especially dogs and cats, and often took in abandoned animals. She also enjoyed feeding and watching birds and watching the Weather Channel. She loved her family and was always interested in all of their many activities, especially those of her grandchildren and great grandchildren. The many memories that have been created will now be cherished by those she leaves behind. She is survived by her daughter, Suzanne Lowery of Marion; son and daughter-in-law, William and Karen Geittmann of Herrin; three grandchildren, Geoff W. Geittmann and his wife, Cynthia and Shawn M. Norman all of Marion and Kyle Howerton and his wife, Courtney of Los Angeles, CA; two great grandchildren, Autumn Faith Norman and Grace Sadie Geittmann both of Marion; sister-in-law, Lorraine Geittmann of Redondo Beach, CA; her special feline companion, Miss Kitty, other extended family and many friends. She was preceded in death by her parents, husband; son, John Gregory Geittmann on January 27, 2012 and son-in-law, Glenn Lowery. Arrangements were entrusted to Wilson-McReynolds Funeral Home, 900 N. Court St., Marion. The visitation was from 5:00 p.m. until 8:00 p.m. on Thursday, September 19th, at the funeral home. During the time of visitation, a “Reflections of Life” DVD Memorial Tribute featuring special people, places and events in Myrna’s life was presented to the family and friends. The funeral service was at 11:00 a.m. on Friday, September 20, 2019, at Wilson-McReynolds Funeral Home with Pastor John Holst presiding. The prelude musical selection was a recording of “Search Me/Prayer is the Key” presented by Iretta Stephens. Special vocal musical selections presented during the service were “Lord’s Prayer” and “On Eagles Wings” both presented by Lori Creamer who accompanied herself on the piano. Interment followed next to her husband John in Maplewood Cemetery of Marion. Pallbearers were Anthony Acosta, Jared Acosta, Gary Burgess, Seth Sturgill, Dr. Richard Parker and Tom Motsinger. Following the committal service at the cemetery the family and friends gathered back at Zion United Church of Christ for a meal and continued time of fellowship and support. For those who preferred, memorial contributions were made to either or both: “Zion United Church of Christ Memorial Fund” and/or “Hospice of Southern Illinois” and mailed in care of Wilson-McReynolds Funeral Home, 900 N. Court Street, Marion, IL 62959. Memorial envelopes were available at the funeral home. For complete obituary information or to leave an online condolence of memory please visit our website at www.wilsonmcreynolds.com or for additional information call the funeral home at 618-993-2131.

Myrna G. Geittmann, age 91, of Marion, IL, passed away peacefully with her family by her side at 11:27 pm. on Monday, September 16, 2019, at her home in the Hurricane Creek Senior Living Center of rural Herrin, IL. Myrna was born on Monday,... View Obituary & Service Information

The family of Myrna Glee Geittmann created this Life Tributes page to make it easy to share your memories.

Send flowers to the Geittmann family.