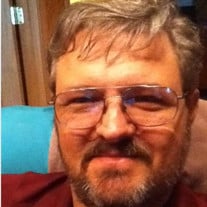 Nelson D. Mandrell, age 57, of rural Pittsburg, IL, passed away peacefully with his family by his side, at 5:34 a.m. on Tuesday, November 1, 2016, at his home. He was born on Tuesday, March 31, 1959, in Benton, IL the son of Jerry Dale and Nadine Belle (Taylor) Mandrell. Nelson attended school in West Frankfort, IL and was a graduate of West Frankfort High School Class of 1977. He began his working career during high school by working at the Presley Farm of West Frankfort for several years. After graduation he attended at the University of Illinois of Champaign, IL for a year. He then returned back to the area and began his coal mining career working at Old Ben Coal Mine No. 24 and Inland Steel Coal Company for 10 years until the mine closed. During the time he worked as a miner, he also owned and operated the Immaculate Contractors Construction Company of West Frankfort. Also during this time he served as an associate pastor for a church in West Frankfort and enjoyed leading small groups and small circles. After the mine closed, he went back to school at John A. Logan College of Carterville, IL and received his Associate Degree in Nursing and began working in the emergency room at Herrin Hospital, Carbondale Hospital and Heartland Hospital until his health forced him to retire. He was united in marriage to Norma Faye Turner on Sunday, October 28, 2001, in Pittsburg and together they have shared the last 15 years of marriage. Nelson was of the Protestant faith and early in his lifetime attended Trinity United Methodist Church of West Frankfort. In his spare time he enjoyed hosting family dinners, traveling and visiting family, gardening, fishing, spending time outdoors and dancing, especially ball room dancing. He enjoyed watching NASCAR and traveling to many of the races, his first in Atlanta, GA. He also was an avid St. Louis Cardinal fan. Another accomplishment he was very proud of was that he with the help of his son Jeremiah and his father built his home that he currently lived in. Though he always kept busy his family was a very important part of his life, especially his grandchildren and was at the birth of each grandchild with his last trip being out to Columbus, OH for the birth of Ayden. Nelson loved life and always grasped every second that he could. The many memories that have been created will now be cherished by those he leaves behind. He is survived by his wife, Norma F. Mandrell of Pittsburg; mother, Nadine B. Mandrell of West Frankfort; two daughters, Rebekah Leah Mandrell-Mammoser and her husband Kenneth of Columbus, OH and Mary Beth Hale of Albuquerque, NM; three sons, Joshua Caleb Mandrell and his fiancé Abby Gordon of Ruston, LA, Jeremiah Seth Mandrell and his wife Darci of West Frankfort and David Dean Hale and his wife Ashley of Warner Robins, GA; six grandchildren, Sam Dirnbeck and Jon Mandrell of West Frankfort, Tucker Hale and Easton Hale of Warner Robins and Kylee Mammoser and Ayden Mammoser of Columbus; niece Hannah Ice of West Frankfort, other extended family and many friends. He was preceded in death by his father and sister, Vanda Renee Ice. Arrangements for Nelson D. Mandrell were entrusted to Wilson-McReynolds Funeral Home, 900 N. Court St., Marion, IL. The visitation was from 4:00 p.m. until 8:00 p.m. on Friday, November 4th at the funeral home. During the time of visitation a “Reflection of Life” DVD Memorial Tribute featuring special people, places and events in Nelson’s life was presented to the family and friends. The funeral service was at 11:00 a.m. on Saturday, November 5, 2016, at Wilson-McReynolds Funeral Home, 900 N. Court St., Marion, IL, with Rev. Gayle Stone presiding. Special musical selection presented acapella during the service was “Amazing Grace” by Nelson’s grandson Jon Mandrell. A special prayer and comments were presented by Nelson’s son Joshua. Nelson’s daughter Mary Beth Hale presented two special poems. Nelson’s daughter Rebekah Mammoser presented comments and the eulogy. Nelson’s son Jeremiah presented comments and grandson Sam Dirnbeck began and led a “Time of Sharing of Memories” with many of those in attendance sharing memories of Nelson. At the conclusion of the service, Rev. Gayle Stone shared a special song acapella “The Love of God”. Interment followed in Rose Hill Cemetery of Marion. Pallbearers were Sam Dirnbeck, Ken Mammoser, Adam Miller, Marty Stone, Neal Williams and Kevin Yates. Following the committal service at the cemetery the family gathered at Trinity United Methodist Church of West Frankfort, for a meal and continued time of fellowship and support. For those who preferred, memorial contributions were made to “The American Liver Foundation, Great Lakes Division” and mailed in care of Wilson-McReynolds Funeral Home, 900 N. Court Street, Marion, IL 62959. Memorial envelopes were available at the funeral home. For additional information please contact the funeral home by calling 618-993-2131.

The family of Nelson Dale Mandrell created this Life Tributes page to make it easy to share your memories.

Send flowers to the Mandrell family.