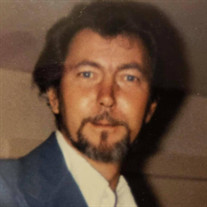 Orval W. Obptande, age 73, of Herrin, IL, former long time resident of Anna, IL, and Nashville, TN, passed away peacefully at 8:03 p.m. on Friday, September 4, 2020, in the Shawnee Senior Living Center of Herrin. He was born on March 26, 1947, in Anna, IL, the son of Joseph William Obptande and Lawanda (Emery). He was raised by his mother and step-father, Harold Roach. Orval attended elementary school in Lick Creek and high school in Anna and was a graduate of Anna High School. He answered the call of this nation by serving in the United States Army during the time of the Vietnam War and after his period of faithful service was honorably discharged. His working career was with the Florsheim Shoe Company of Anna, IL, for 27 years. He later worked for many years for the Kroger Food Company at their distribution center in Nashville, TN, until his health forced him to retire. He was of the Pentecostal faith. Oral loved the outdoors and spent much of his free time hiking and especially hunting morel mushrooms when in season all throughout Union County. He is survived by three sons and two daughters-in-law, Brad and Rachel Obptande of Portland, TN, Tommy Obptande of Anna, IL and Daryl and Chelsea Obptande of Creal Springs, IL; two grandchildren, Jeffrey Obptande and Alaina Obptande both of Portland, TN, other extended family and many friends. He was preceded in death by his parents, step-father; son, Jeffrey Obptande and brother, Terry Joe Obptande. Arrangements have been entrusted to Wilson-McReynolds Funeral Home, 900 N. Court St., Marion. For those who prefer, memorial contributions may be made to “Wilson-McReynolds Funeral Home” to help with final expenses. Memorial contributions may be mailed to the Wilson-McReynolds Funeral Home, 900 North Court St., Marion, IL, 62959. Memorial contribution envelopes will be available at the funeral home. Orval’s family and friends are invited to attend a time of sharing and remembering memorial gathering on Saturday, September 19, 2020, between the hours of 2:00 p.m. and 5:00 p.m., at the Carroll P. Foster VFW Post No. 3455, located at 70 VFW Lane, Anna, IL 62906. For additional information call the funeral home at 618-993-2131.

The family of Orval Wayne Obptande created this Life Tributes page to make it easy to share your memories.

Send flowers to the Obptande family.