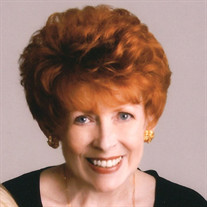 Pamela (Powell) Tillery-Kinney passed away peacefully on Saturday afternoon, July 19th, 2014 in Marion, Illinois. She was born Pamela Joan Powell on January 17, 1943 to Mary Edna (Moore) Powell and the late Cecil William Powell in Lansing Michigan. She grew up in Johnston City, Illinois until 1959 when the family moved to Marion, Illinois. She graduated from Marion High School and attended Southern Illinois University. She married Rusty Mitchell in 1963 and they moved to Albuquerque, New Mexico in 1966 where she worked many years in the real estate title industry. Survivors include her children Russell Duncan “Rusty” Mitchell, II (Nancy) of Macon, Georgia and Mary Nicole “Nikki” Mitchell of Albuquerque, New Mexico. Her beautiful grandchildren are Taylor and Chase Holley of Albuquerque and Duncan and Carter Mitchell of Macon. She is also survived by her mother, Mary Powell of Marion, her sister, Cecile Ward (Bob) of Albuquerque, her brother, Curt (Scottie) of Chicago and five nieces and nephews. She was married to Garland Tillery from 1975 until his death in 1984. She was married to Harry Kinney from 1988 until his death in 2006. Also surviving are Harry’s daughter-in-law Margaret of Florida, his daughter Charlotte Kinney (Bruce Weydemeyer) of Santa Fe and granddaughter Sydney. Pam is also survived by several beloved cousins and by her companion, Thomas Wimberly of Marion. During the time of visitation a “Reflection of Life” DVD Memorial Tribute featuring special people, places and events of Pam’s life was presented to the family and friends. Services were on Thursday, July 24, 2014, at 11:00 a.m. at the funeral home with Dr. Bob Dickerson presiding. A special poem written by Pam “A Simple Poem, From a Simple Girl” was read by Pam’s son, Rusty Mitchell. The prelude and postlude musical selections were presented by pianist, Julie Douglas. Special vocal musical selections presented during the service were “I’ll Walk with God” by James Byassee with pianist, Julie Douglas accompanying and “The Lord’s Prayer” and “Somewhere Over the Rainbow” both by Linda Byassee with pianist, Julie Douglas accompanying. The service concluded with pianist, Julie Douglas playing “The Battle Hymn of the Republic.” Interment followed in Rose Hill Cemetery of Marion, IL. Pallbearers were Don Barnaby, Buford Stout, Ralph Walker, Steve Rix, Warren Douglas and Rev. Dr. Jeff Lindner. The service concluded at the graveside with those attending singing “Amazing Grace.” Following the service at the graveside the family and friends gathered at Pam’s mother’s home, Mary Powell for a meal and continued time of fellowship and support. The family requested memorial donations to First Baptist Church of Marion or your favorite charity. Memorial contribution envelopes were available at the funeral home or were mailed in care of Wilson-McReynolds Funeral Home, P.O. Box 370, Marion, IL, 62959, 618-993-2131. For additional information please contact the funeral home by calling 618-993-2131.

The family of Pamela J. (Powell) Tillery-Kinney created this Life Tributes page to make it easy to share your memories.

Send flowers to the Tillery-Kinney family.