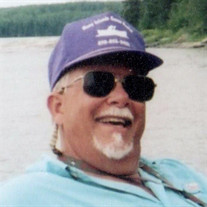 Paul Vincent Dollman, Jr., age 72, of Marion, IL passed unexpectedly at 3:57 p.m. on Tuesday, April 2, 2018, at his home. He was born at home on Wednesday, December 12, 1945, in Union County, IL, near Ware, the son of and Georgia Alline (Rhodes) Dollman and Paul Vincent Dollman, Sr. Paul attended school in Union County and was a graduate of Shawnee High School Class of 1963. He went on and attended at Southeast Missouri College in Cape Girardeau, MO where he received his degree. He was united in marriage to Donna Kay Randolph on Saturday, May 20, 1967, in Ware, IL and together they shared nearly 50 years of marriage until her death on Thursday, February 2, 2017. Paul’s working career began as a school teacher, teaching shop class in Southeast, MO, for several years. He later moved to Marion in the early 1970’s and became an insurance agent with Country Companies Insurance. He later became an independent insurance agent and opened his own business, Paul Dollman Insurance Agency of Marion that he operated for many years. He loved the outdoors and especially enjoyed being with his friend’s duck hunting, fishing in Arkansas and Canada, spending time with his black Labrador, gardening and always having some type of project going on. Paul was a loving husband and father and enjoyed the many times the family would be together. The many memories created will be cherished by those he leaves behind. He is survived by his son, Deven Rand Dollman of Carbondale, IL; sister and brother-in-law, Darla and Bob Landgren of the Chicago, IL area; sister-in-law, Sue Greenwell of Dallas, TX, other extended family and many friends. He was preceded in death by his parents and wife. Arrangements have been entrusted to Wilson-McReynolds Funeral Home, 900 North Court Street, Marion, IL. A joint service for Paul and Donna will be arranged in the coming months. For those who prefer, memorial contributions may be made to “American Cancer Society” and mailed in care of Wilson-McReynolds Funeral Home, 900 N. Court Street, Marion, IL 62959. Memorial envelopes will be available at the funeral home. For additional information, please call the funeral home at 618-993-2131.

The family of Paul Vincent Dollman Jr. created this Life Tributes page to make it easy to share your memories.

Send flowers to the Dollman family.